This Tiger may have been caught by the Allies, but he’s on the loose again!
A Twitch Prime exclusive, you can tame this beast right now and ride it into battle!

Hail to the King! 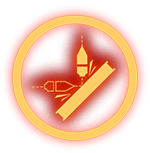 EXCELLENT ARMOR
Armor fit for a king! Thanks to thick armor plates and their angling, this tank has some of the best frontal protection at Tier VII. The sides offer great protection, too! Your enemies will have a challenge on their hands if they want to penetrate this vehicle’s sides when angled. 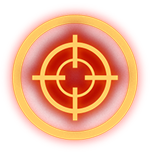 AN ACCURATE GUN
An American vehicle with a classic German feature—an accurate cannon that’s effective from any distance. No-one will be able to escape the royal rage. 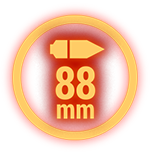 GREAT PENETRATION WITH STANDARD SHELLS
The legendary “88” is fitted on this royal. The 88 mm cannon can penetrate almost any opponent with its standard shell, so you’ll only need to use APCR rounds in exceptional circumstances. ACHTung, ACHTung! 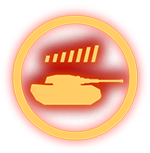 A LARGE POOL OF HIT POINTS
At Tier VII, few opponents can boast such a high survivability. The King Tiger can survive more than a few hits. Even in a hopeless situation, if it’s cornered, enemies will pay a high price. If this Tiger is king of its team, watch out! He’ll be hard to stop!

How Can I Get the Captured King Tiger?

To get the Captured King Tiger you need to:
* For the tank to be credited to your account, you will need to launch the game after claiming it. If you are already in the game, please close it and log back in.

If you claimed the tank once, there’s no need to re-claim it every month when a new content package gets revealed.

If you discontinue your Twitch Prime membership, the tank will become unavailable for battle, but will not be removed from your Garage.

If you unlink your Twitch and Wargaming.net accounts, the tank together with the Slot will be removed from your account. The crew and 3D style will be sent to the Barracks and the Storage respectively.

All other content items from Care Packages (to be claimed separately) remain. To get the combat-ready tank back, you’ll have to become a Twitch Prime member again. The tank will be granted back to you, but you’ll have to manually recruit the Crew and install the 3D style.

10 thoughts on “World of Tanks – Capture the King Tiger”

This site uses Akismet to reduce spam. Learn how your comment data is processed.

Help us by spreading the word. For easier, ad-free reading try using the feed linked below.