All of the upgradable destroyers had their smoke screens changed. The stats are now equal for all the tiers.

Decreased reload time lets these destroyer captains use the smoke screens to efficiently retreat in case of unsuccessful combat with an enemy destroyer. Also, there is a possibility to conceal one’s ship while firing at the enemy. As a part of our balancing effort we decreased the active time for the smoke, increased the set up time and decreased the overall number of charges.

New standard camouflage – Type “59”:
Reduces ship detectability by 3%;
Decreases the firing accuracy of the enemy by 4%;…
Increases the amount of XP earned per battle by 200%;
Cost: 125 Doubloons. 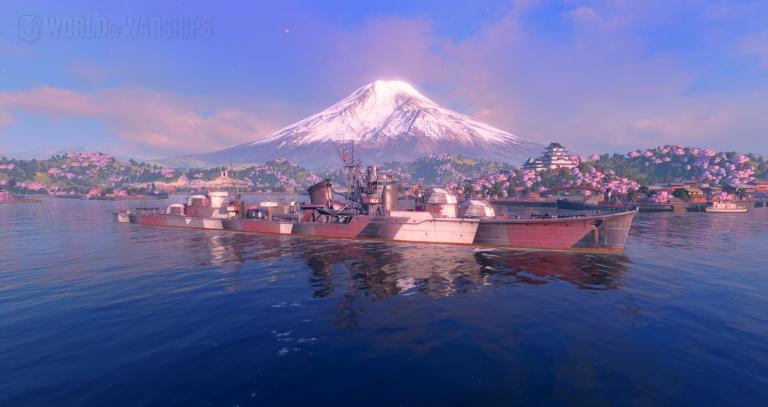 These changes are designed to increase the chance to hit a battleship with torpedoes and appropriately decrease efficiency against cruisers.

Changes to the destroyers’ main batteries:

This is designed to balance the ship’s main turret compared to the same tier ships.

Spread angle for torpedoes is set at 2,7 degrees (0.9 degrees per shell);
Torpedo Reload booster is added to the Hydroacoustic Search slot;
Main turet reload time is decreased from 7.5 to 7.0 seconds;
Main turret rotation speed is increased from 6 to 7 degrees per second.

These changes will improve the main turret capability and will allow the cruiser to use the torpedoes more efficiently.