Abandoned since 1995, the Mandela Way T-34 Tank (or “Stompie,” as it has been affectionately nicknamed) is a strange war relic that is the product not of a national conflict, but of a fight between a businessman and city planners. 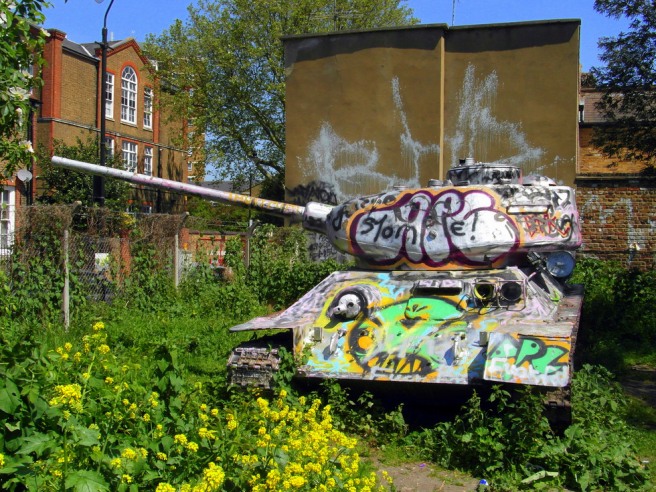 The tank is though to have originally been used by the Czech military during the fighting of the Prague Spring in 1968, but was brought to London in during the filming of the movie, Richard III. The iron coffin was placed in the empty lot in 1995 after it was purchased by local businessman Russell Gray. The property developer had wanted to build on the empty lot, but his proposal was shut down by the city council. So under the auspices of giving his son a military-grade toy to play with, Gray bought the tank and placed it in the empty lot with the cannon pointed rather conveniently in the direction of the Southwark Council’s planning offices. 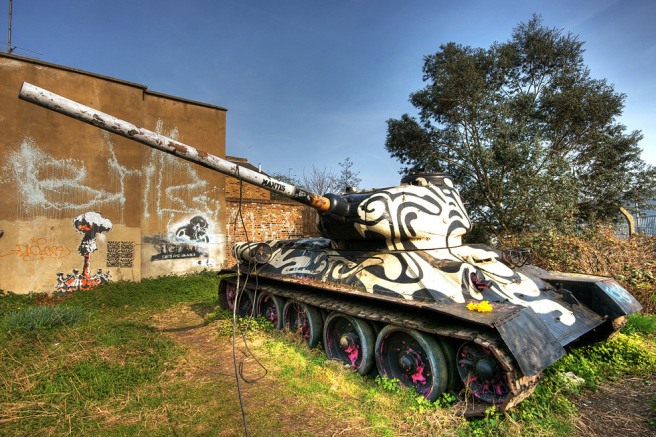 Steps were taken to have the decommissioned ordnance removed from the property, but Gray had actually obtained the proper petitions to keep the tank on the land. The city council approved the permits thinking he had meant, “septic tank.” 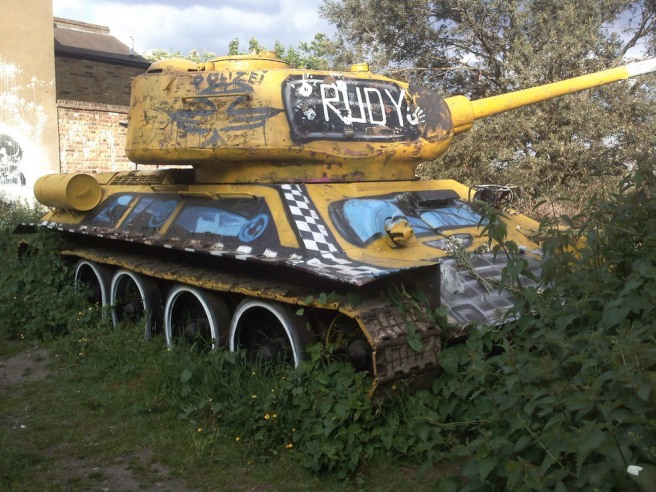 Stompie still sits on its Mandela Way lot to this day, surrounded by scrub and weeds. In recent years the tank is usually completely wrapped in a works of graffiti, often with some political message. However the existence of a tank that is essentially a giant middle finger to a local council is maybe the funniest statement of all.