Having analyzed combat performance and taken player feedback into account, we’ve changed the characteristics of several ships, including special ships Thunderer and Stalingrad. These changes were required in order to carefully adjust the balance of the mentioned warships. As usual, we’ll monitor the impact of the changes and the general balance of the ships and apply changes if deemed necessary.

END_OF_DOCUMENT_TOKEN_TO_BE_REPLACED

The first test of the updated combat camera settings will take place in the near future. We’ve made a number of changes to make the battle overview more informative and comfortable. After testing and tuning, we will share the details.

We adjusted the parameters of some ships based on testing results. The changes will be applied to Dutch cruisers, Napoli, Druid, Constellation, and some other ships.

In her concept, Napoli is an armored cruiser with decent concealment, powerful main battery guns, as well as an accurate secondary battery which has a long range for her class and is equipped with SAP shells. As the first test stages showed that her secondaries were not as powerful as was planned, we adjusted their parameters accordingly. These changes will stronger emphasize the concept of Napoli as a cruiser with an effective secondary battery.

END_OF_DOCUMENT_TOKEN_TO_BE_REPLACED

Discovered by our reader KSA.

You have to copy an exact folder from the World of Tanks game files, this one, into Steam’s WoT folder:

Just in case, also make a backup. Rename the Steam win64 and keep it:

Another way of doing it:

You need to download the Steam version of WoT. Then, copy file “wgc_api.exe” from the non-Steam game folder to the steam folder and rename it to “wgcs_api.exe”.

There’s no achievements, trading cards or any other reason to have it on Steam. If you want it for the Steam overlay and friend chats, just add it as a non-Steam game and it will bypass the WG launcher.

In the near future we will be testing a new mechanics. It provides a certain temporary bonus to the ship for firing main battery salvos at the enemy ships.

For now we don’t have a strict plan for using this mechanics and would like to test it first. Further steps with it will be determined after testing.

Testing the display of consumable camouflages on aircraft.

In the near future, the display of consumable camouflages will be tested on squadrons, as well as on the aircraft from the “Fighter” and “Spotting aircraft” consumables. 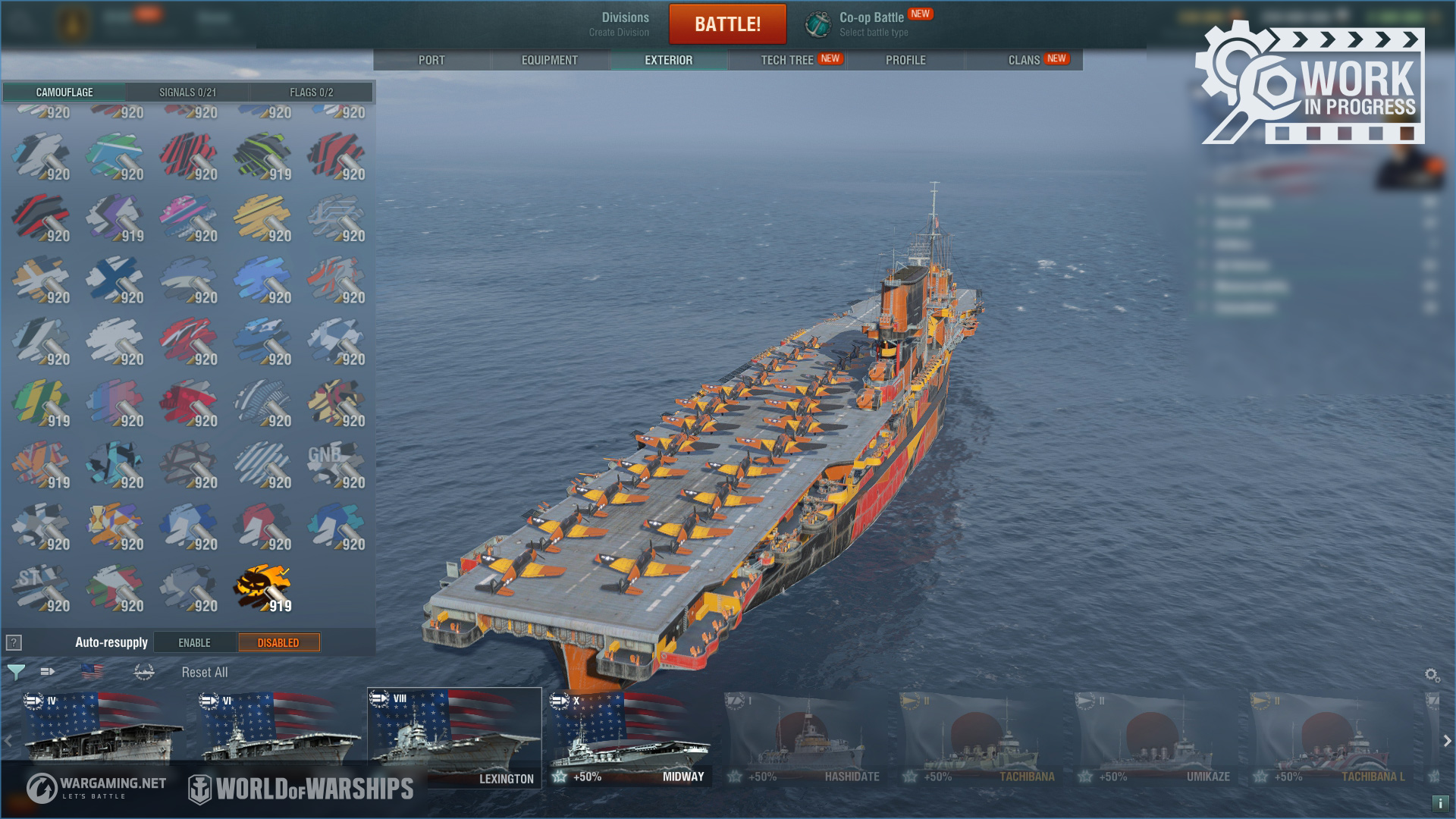 END_OF_DOCUMENT_TOKEN_TO_BE_REPLACED

Remind that in Update 0.10.5 several ships will no longer be available to obtain.

Starting from Update 0.10.5, the following ships will no longer be available to obtain:

The reason to remove these ships is the combination of their popularity and battle performance. In order to maintain the diversity of team compositions at a proper level, they will be removed for an undefined time, but may return in future.

We understand that accumulating resources for ships is a long process, which is why we wanted to warn you in advance, so that those interested can steer these ships into their Ports before Update 0.10.5 goes live in approximately two months.