Details about the updated format of ship descriptions, which will appear in the upcoming version 0.11.6.

With the release of 0.11.6 we will update the format of ships features’ descriptions in the Armory, Premium Shop and other places where you can purchase a ship.

Updated descriptions will contain all the basic information about the ships without a detailed dive into their characteristics. Features will include notable strengths and weaknesses of the ship that determine her gameplay and distinguish her from other ships of the same type and tier. For example, fast main battery reload for a battleship will be highlighted as her special feature, while having a standard Repair Party consumable will not. In addition to strengths and weaknesses, there will be “neutral” features, such as the presence of deep-water torpedoes or SAP shells.

The new format will let the players quickly understand what makes a ship stand out among other same tier and type ships and find the right ship for them.

The new format will be similar to the description of the specifics of ship branches in the “Tech Tree” tab. Features of the ship are selected in comparison to all other ships of the same type and tier. When hovering over a ship’s card in Armory, a tooltip will display a short list of key features. On the page of the ship – also a general description and an extended list of features.

The extended list of features will be divided into categories in the similar order as the ship parameters in Port: 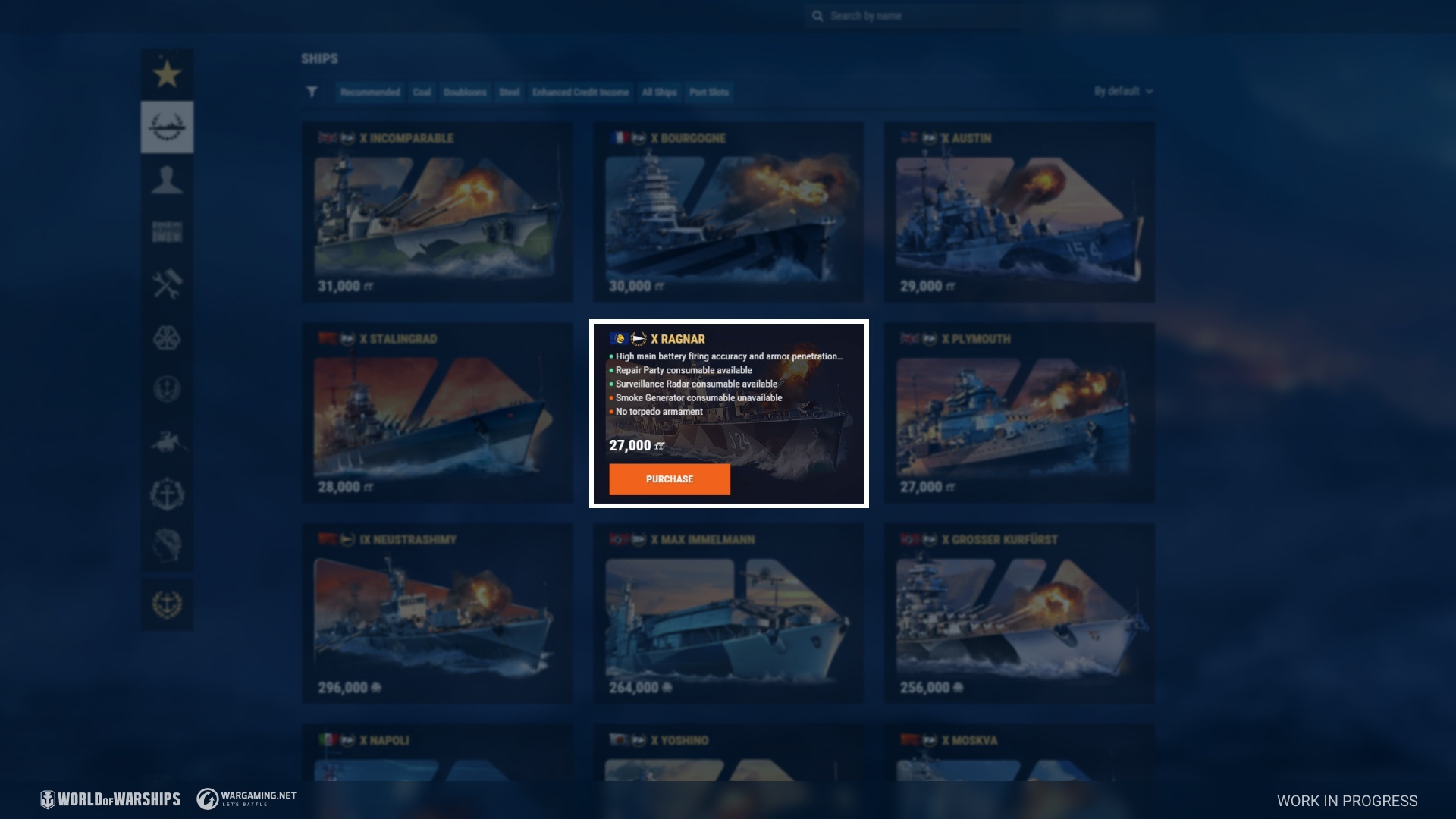 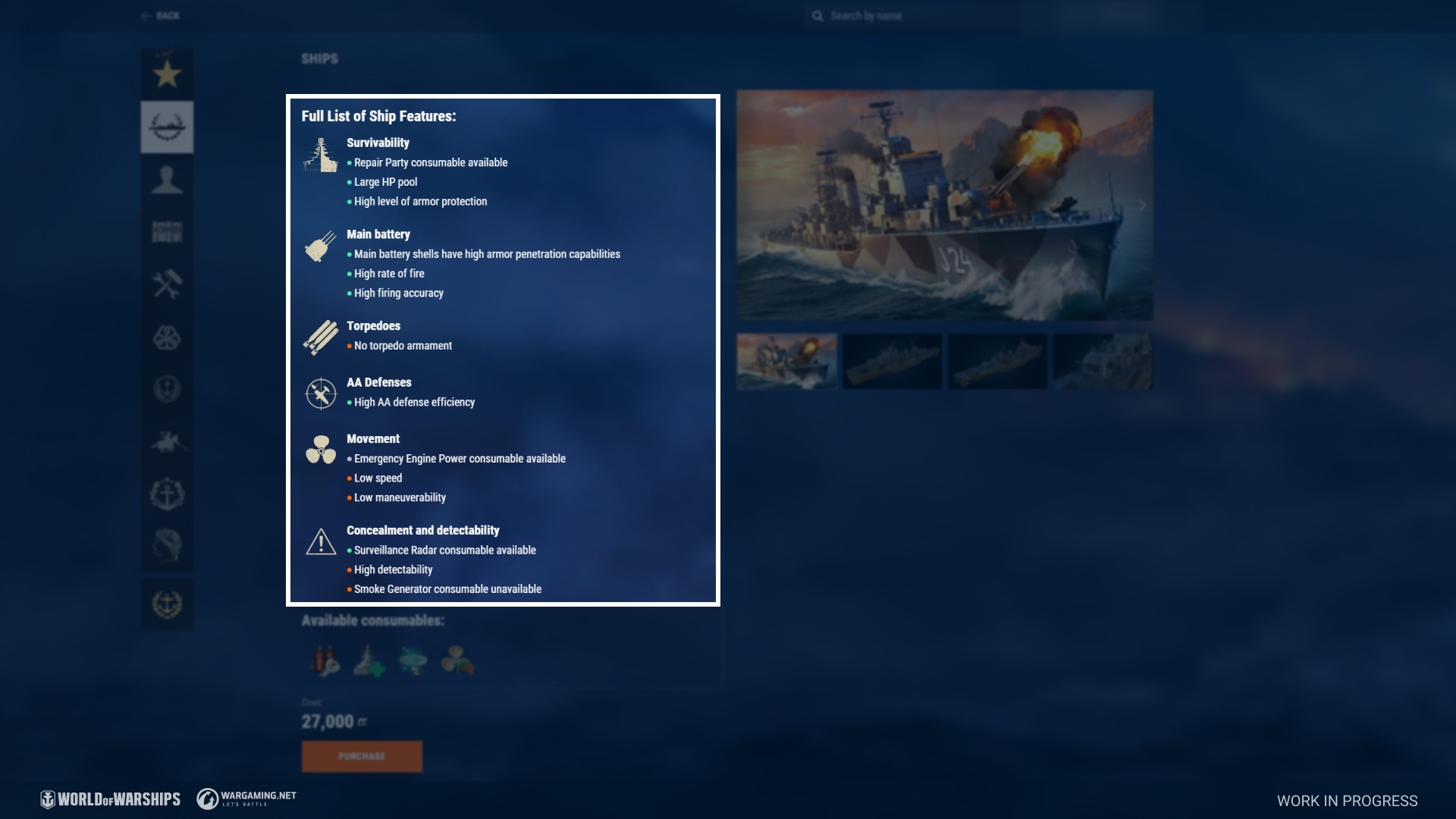 A category description, such as the main battery, may include several distinguishable parameters. Each of them is described separately – for example, damage per minute, damage per salvo, accuracy, rate of fire, ballistics, damage per salvo by certain type of shells, availability of different types of shells, etc. At the same time, as we mentioned before, the features will contain only those parameters that are important for the gameplay and determine the style of the ship in relation to other ships of its type and tier.

For that reason, instead of damage of a single shell, either damage per minute and damage per salvo will be described. These parameters are more significant from a gameplay point of view, because they include not only single shell damage, but also the number of guns and the rate of fire. For example, the Mecklenburg has low damage of a single HE shell. But the ship has 16 main battery guns and good rate of fire for her ship type, so it deals quite a lot of damage per minute. 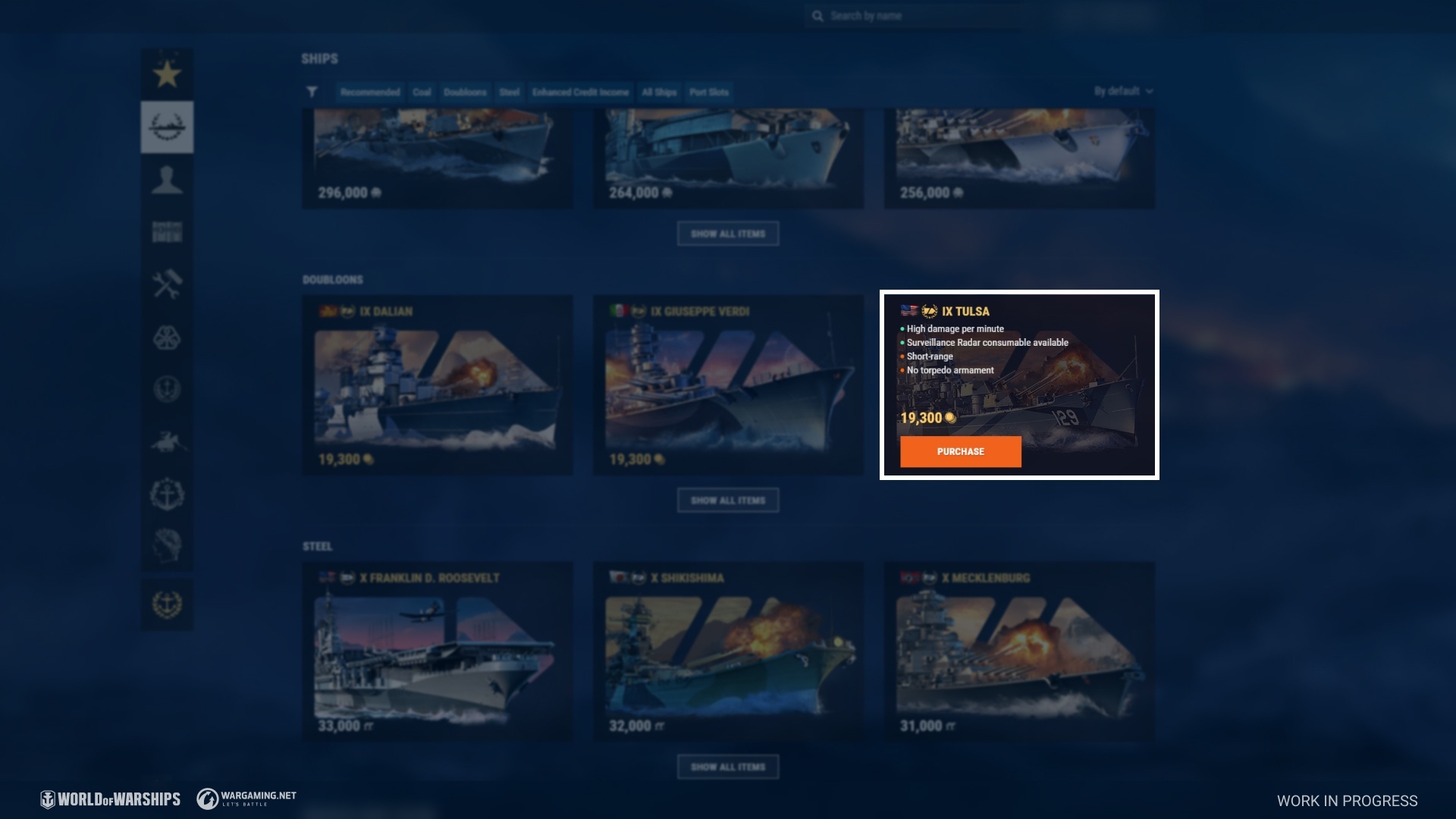 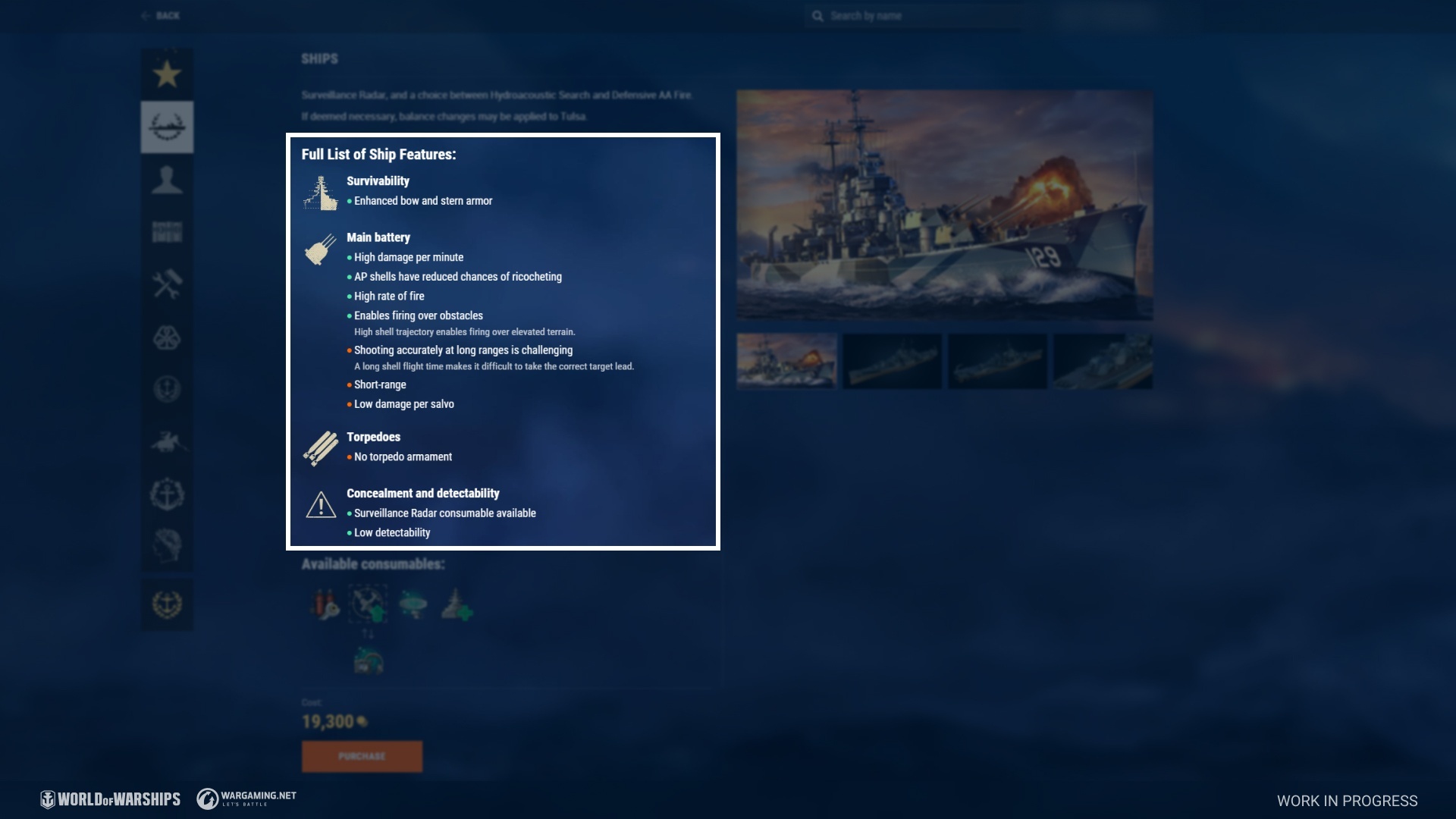 No detailed features would be specified for aircraft carriers. As with the researchable ships of this type, they would include mostly detailed information about the squadrons, which would either repeat key features or be a complete repetition of each squadron’s parameters. Therefore, aircraft carrier features will be added in one of the future updates when we find the most suitable description format for them.

As for the ships in the Early Access, they will have the most notable key features described, mostly typical of the entire branch. As for the extended features of the branch, same as now, you will be able to check them right on in the tech tree.

We plan to keep working on improving ship descriptions and adding new functionalities, and we’ll be sure to share the details with you as soon as we’re ready!