The Supertest for updates 0.9.11 and 0.9.12 will begin soon: expect the new branch of U.S. battleships to be coming out of early access, New Year celebrations, a new Dockyard event, and other new content.

With update 0.9.11, the new U.S. battleship subbranch will be released from early access and Kansas, Minnesota, and Vermont will be available to everyone. 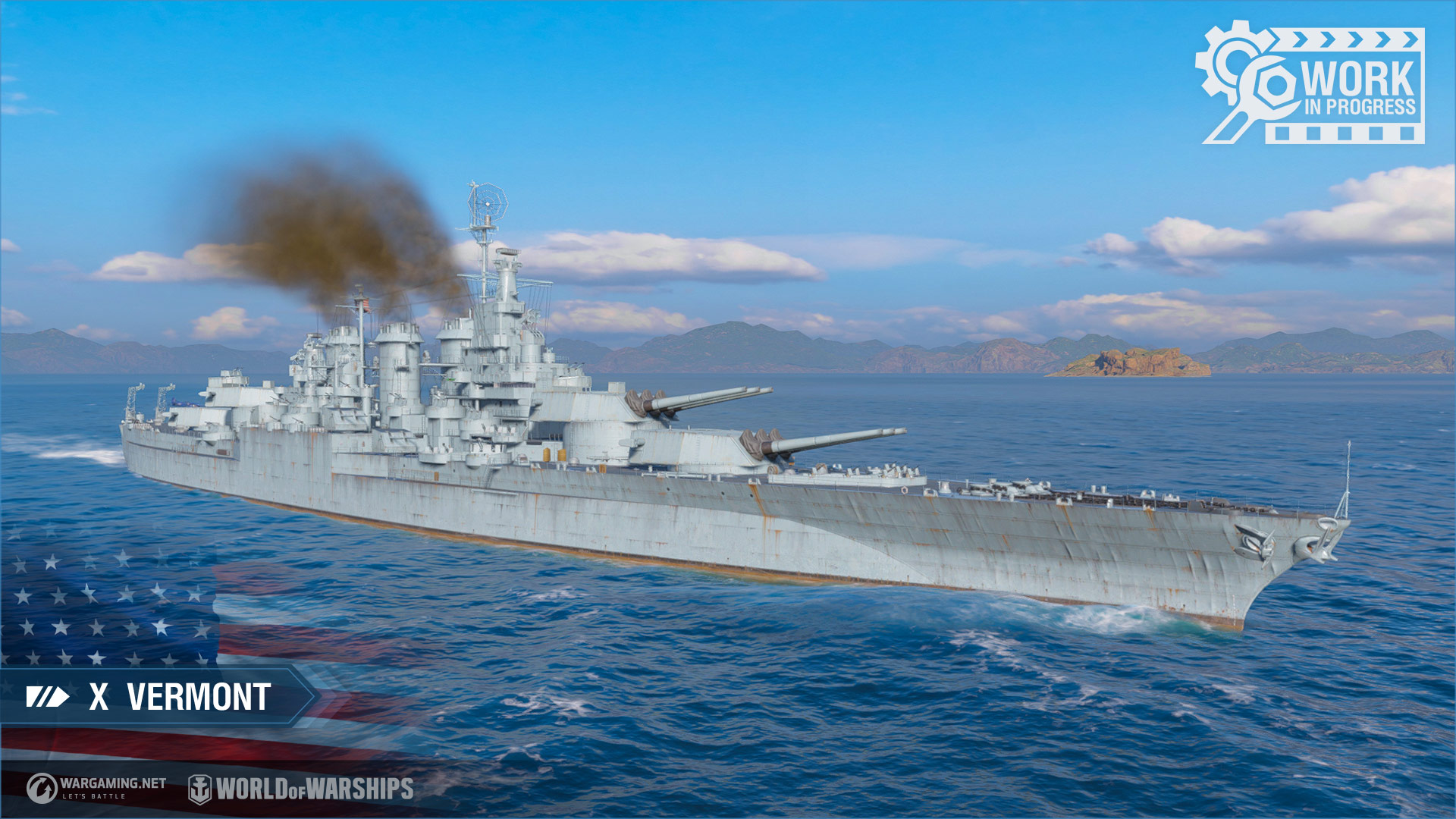 In addtion, the system of Ranked battles will be updated.

Detailed information about the new system and rewards will be published later. 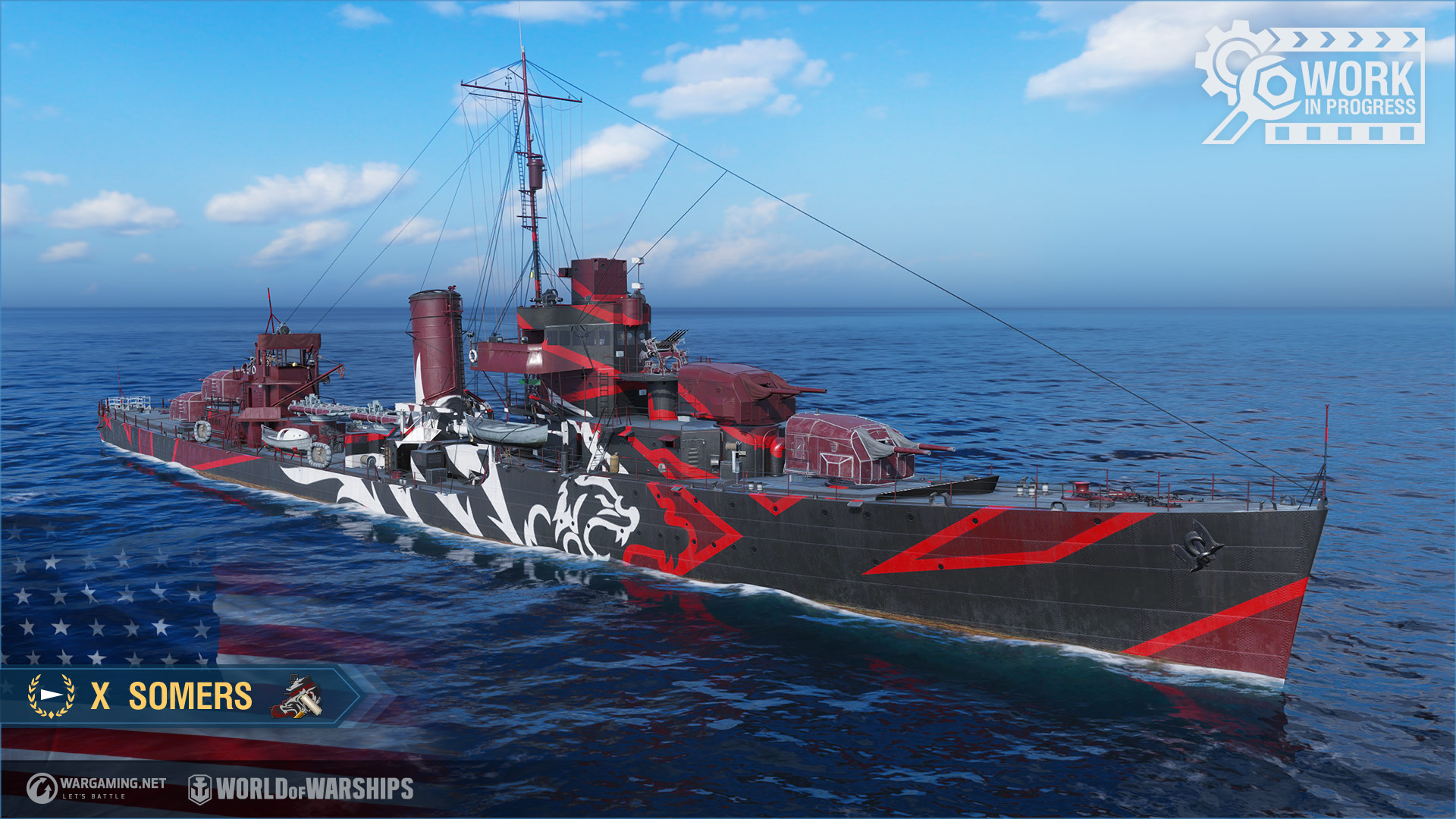 Celebrating the New Year in Update 0.9.12

New Year – time for gifts. This time we have prepared for you many rewards and activities!

During the celebration of the new year, players will be able to get traditional holiday bonuses on all their ships starting from Tier V. Now you can “shoot down a snowflake” or either by winning the battle or by gaining a certain amount of base experience. Starting with the update 0.9.11 this rule will also apply to a bonus for resetting a branch in the Research Bureau.

“Snowflakes” on all ships of Tiers V-VII will bring 400-750 units of Coal, VIII-IX – 75 units of Steel, and on Tier X ships you can earn “Santa’s gift” containers, from which with a certain probability you can get one of the many premium ships and other rewards. 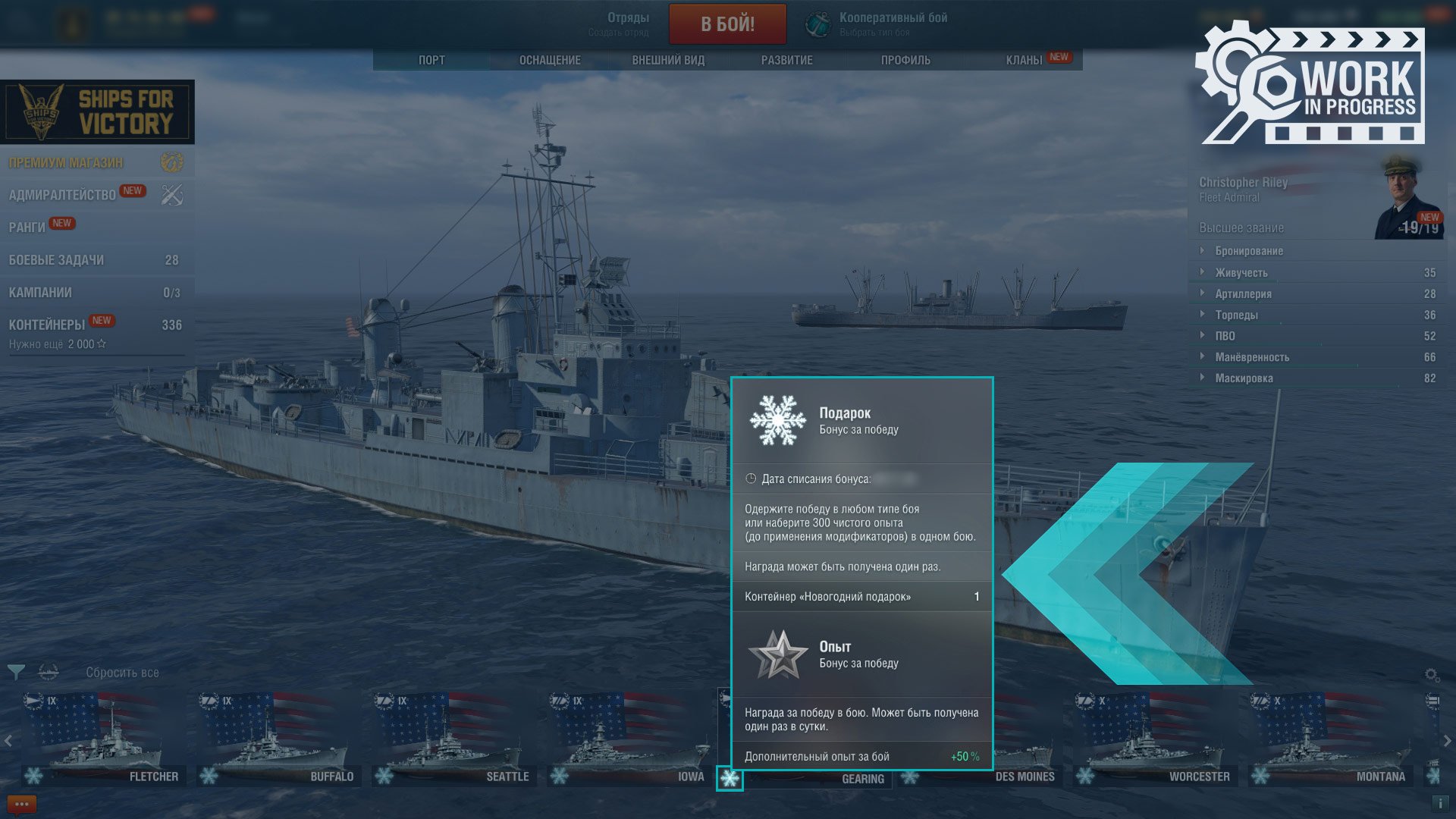 Please note: The “Snowflake” can only be shot down once during the 0.9.12 and 0.10.0 updates in all types of battle except training battles. 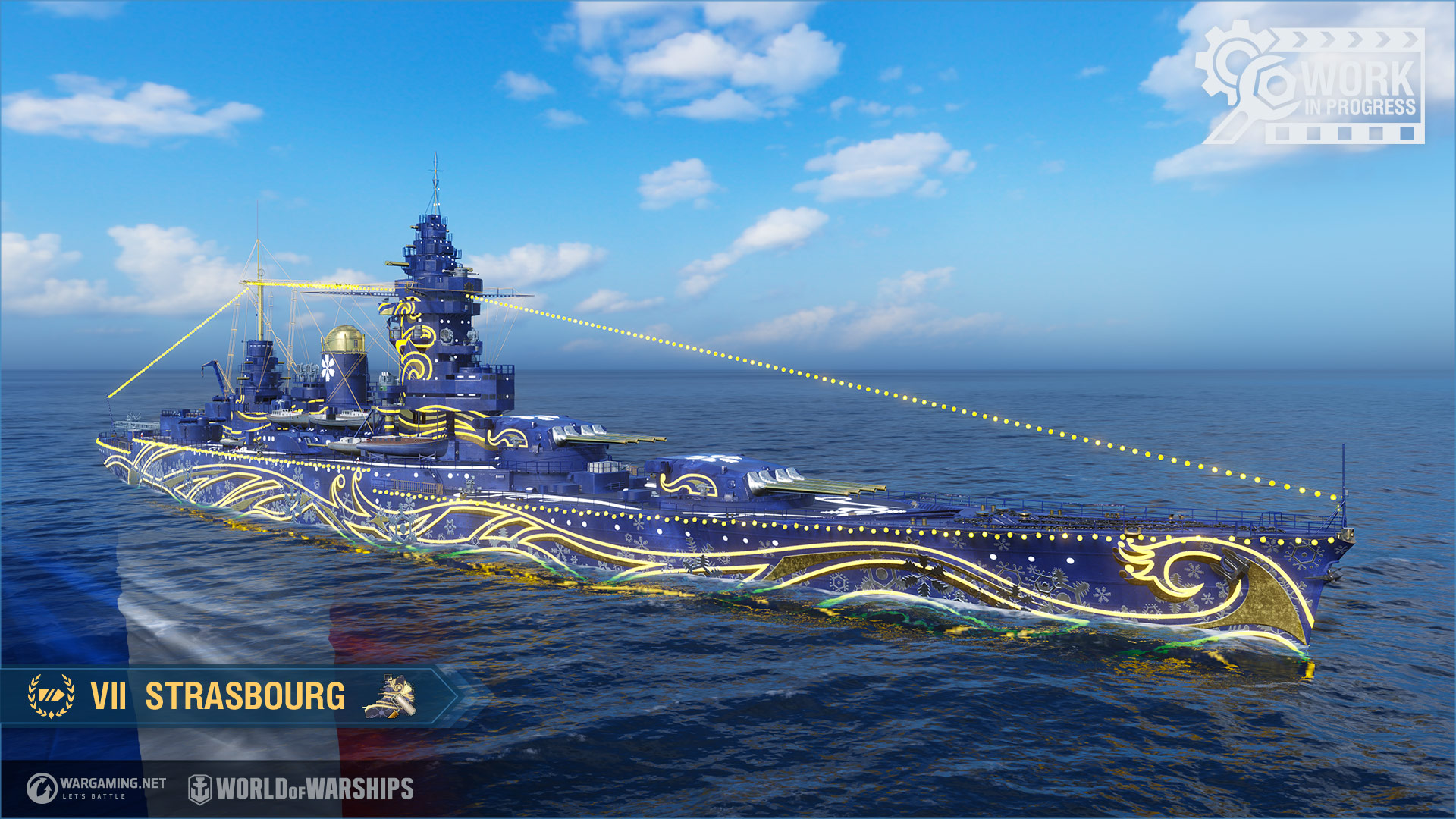 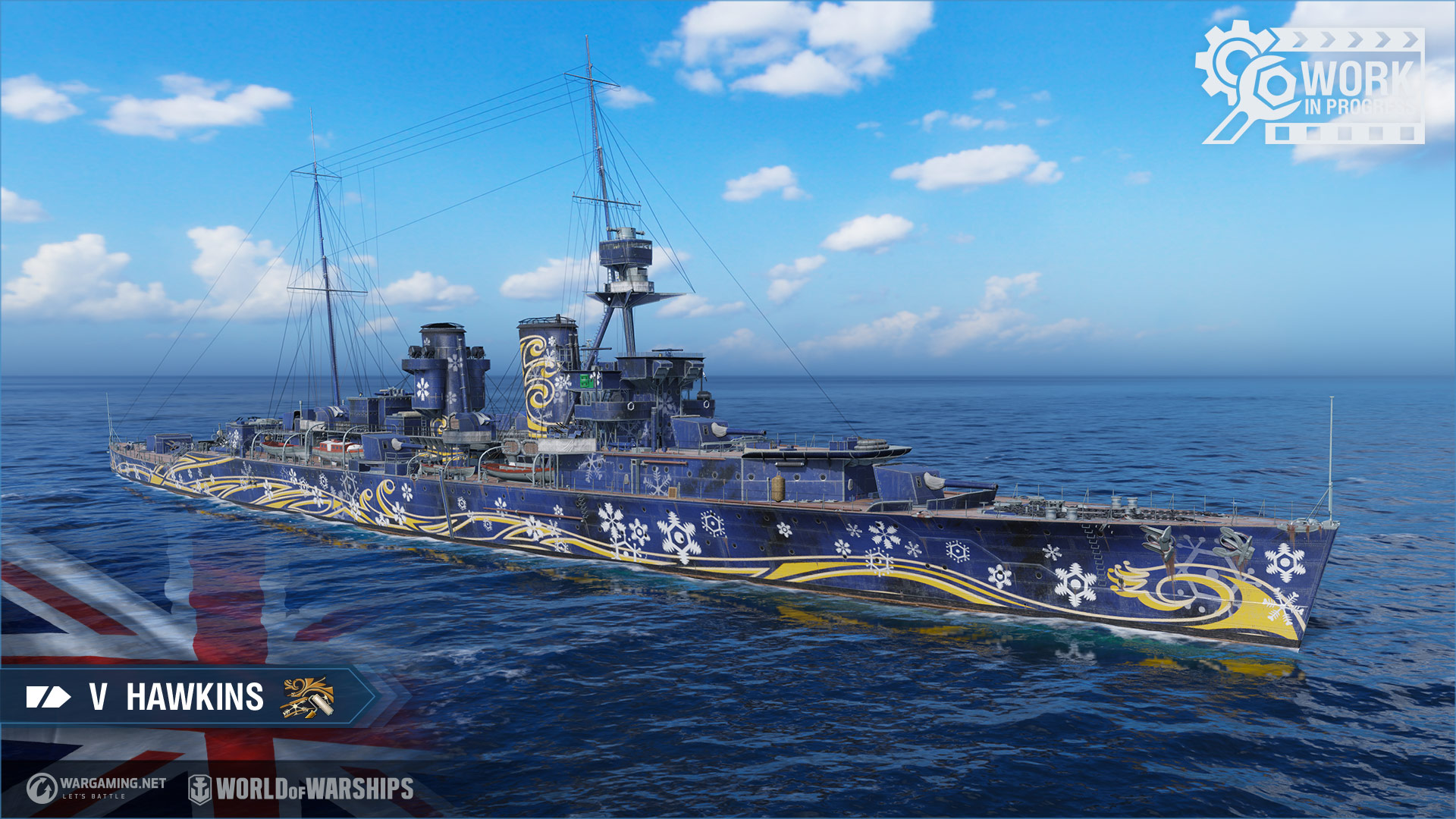 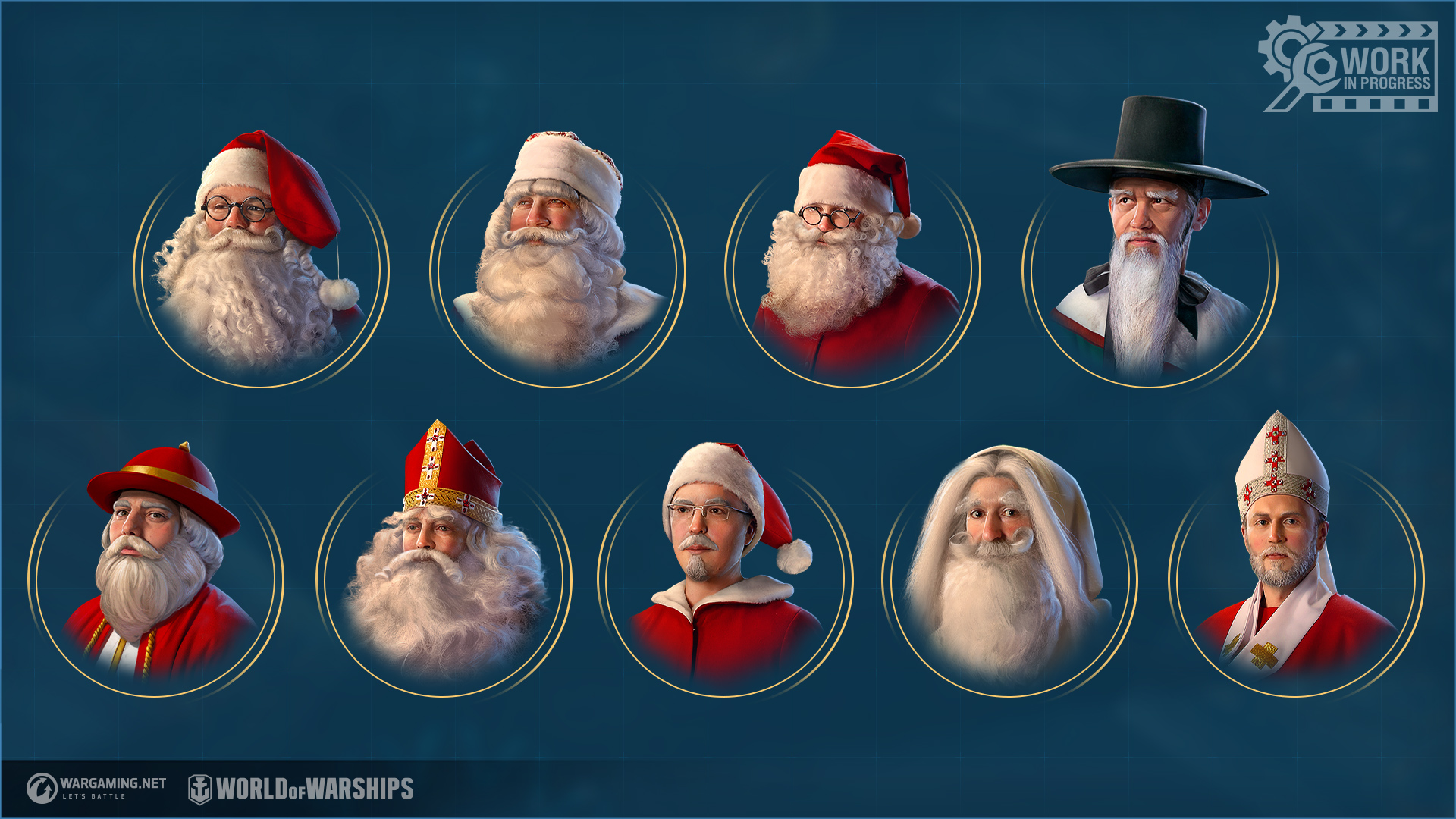 New expendable camouflage “Winter Patterns” as well as permanent “New Year” camouflage, which can be installed on almost any Tier IX ship, will help to create the holiday atmosphere. 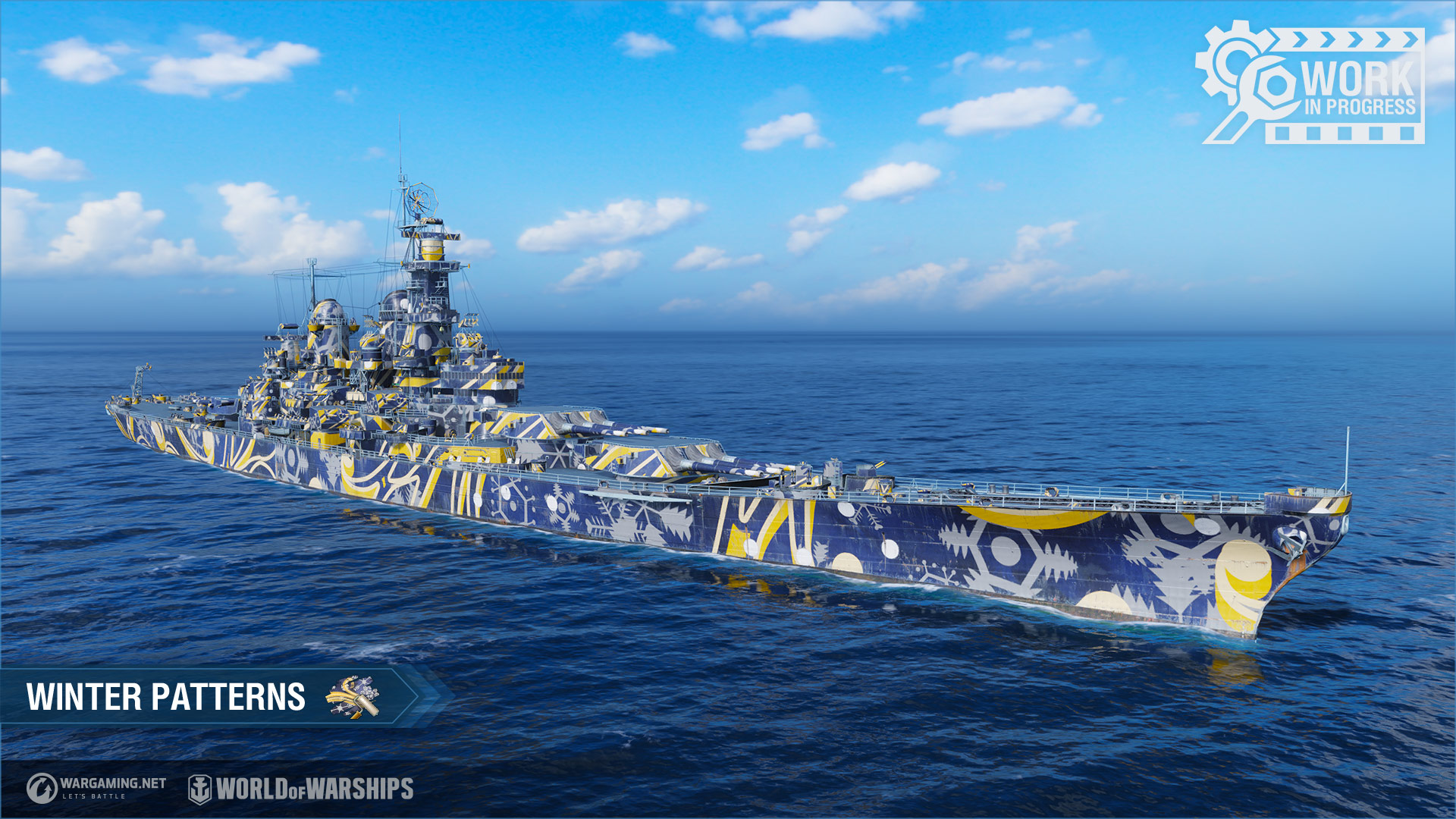 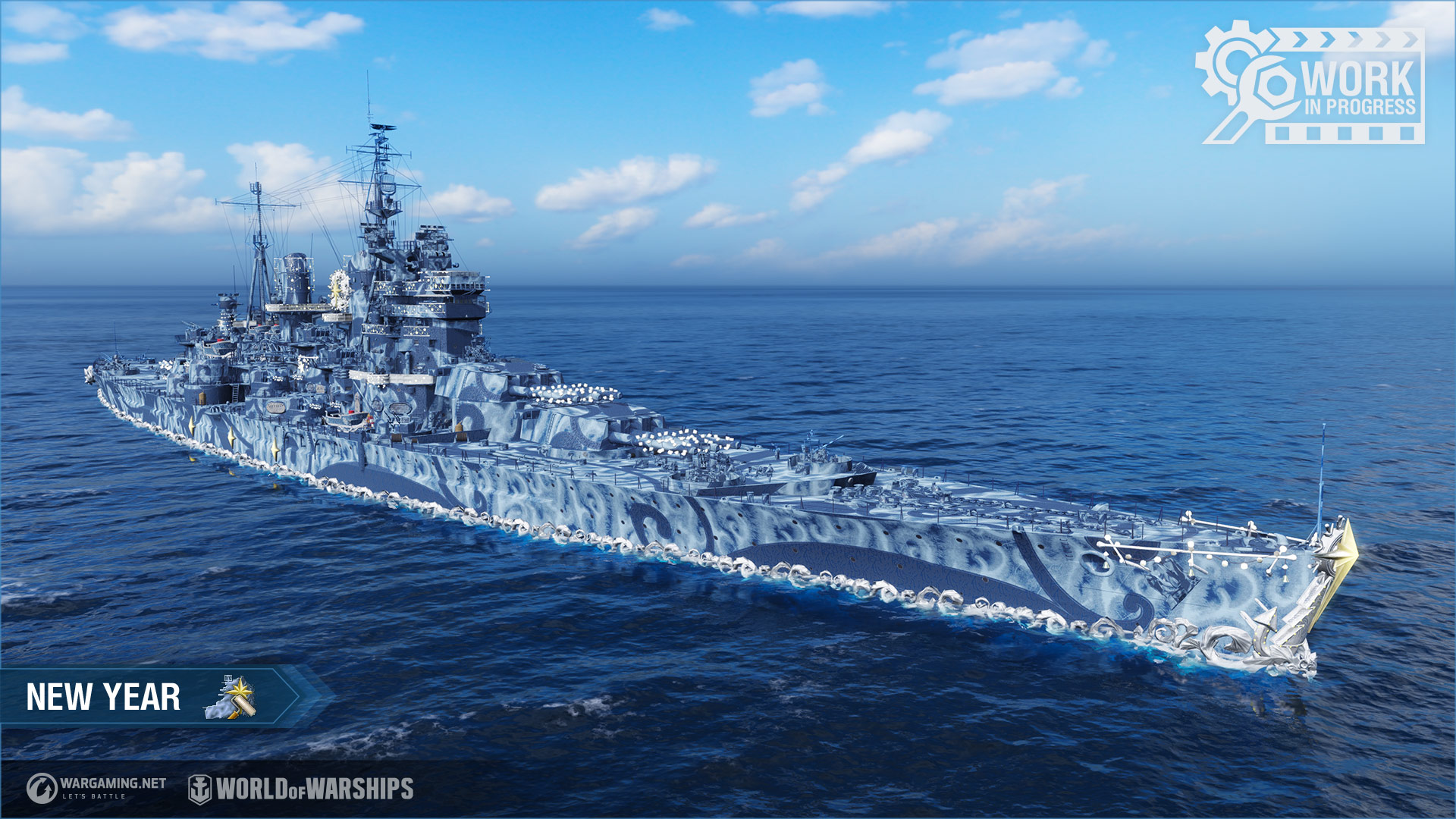 Also the port “Kure” was added to the game. The new Port and the Dockyard are inspired by Kure Harbor in Japan. 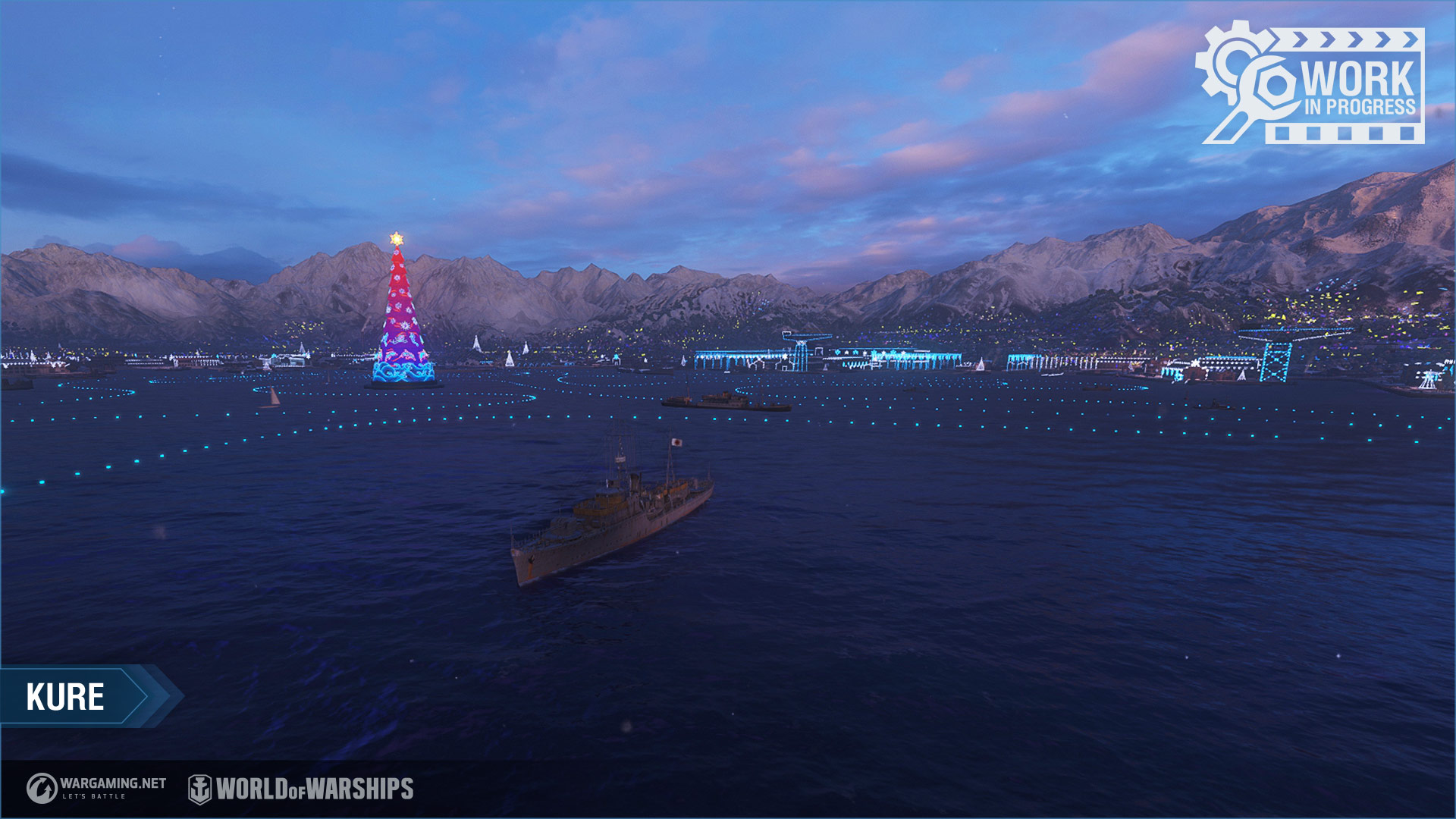 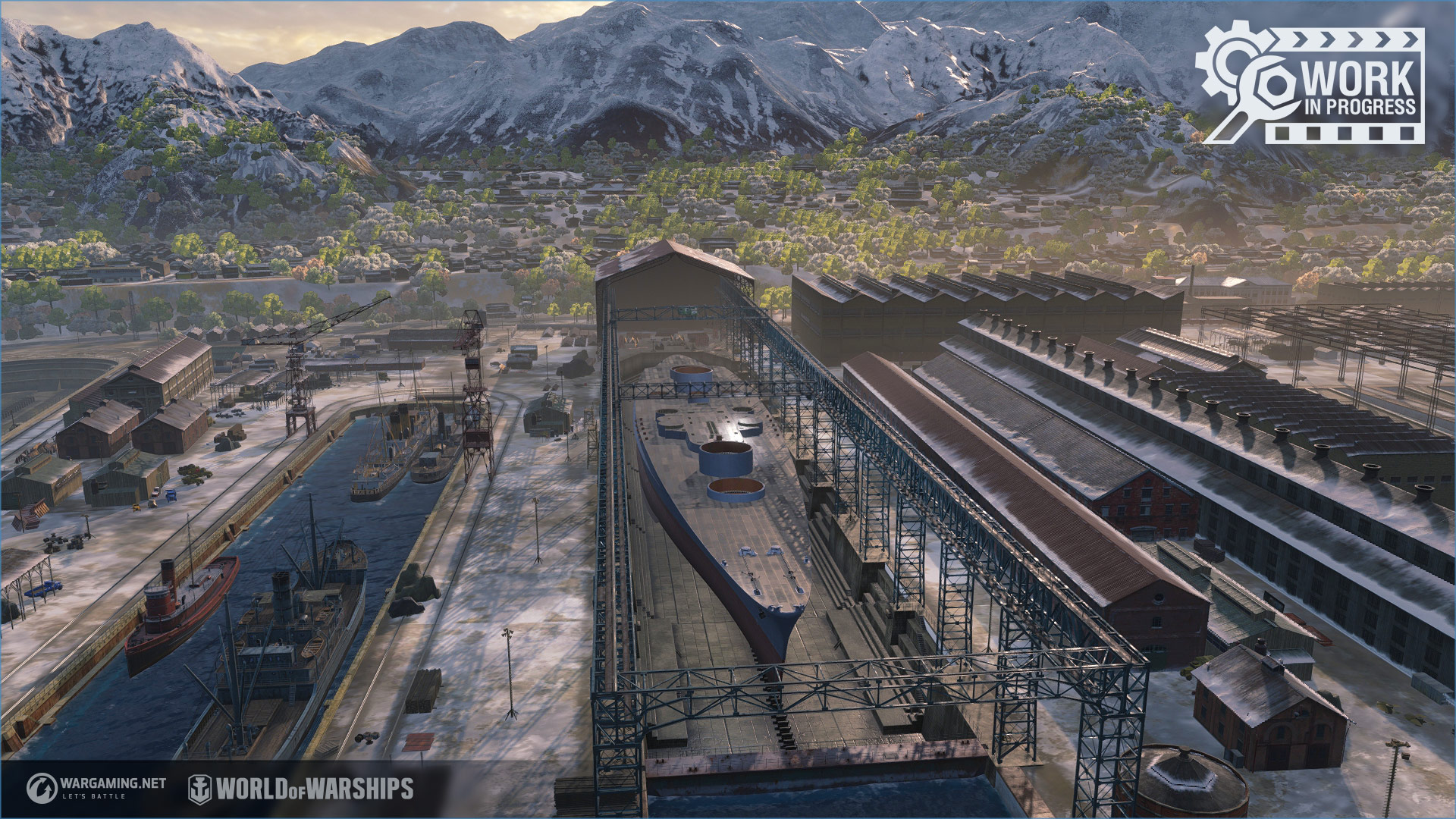 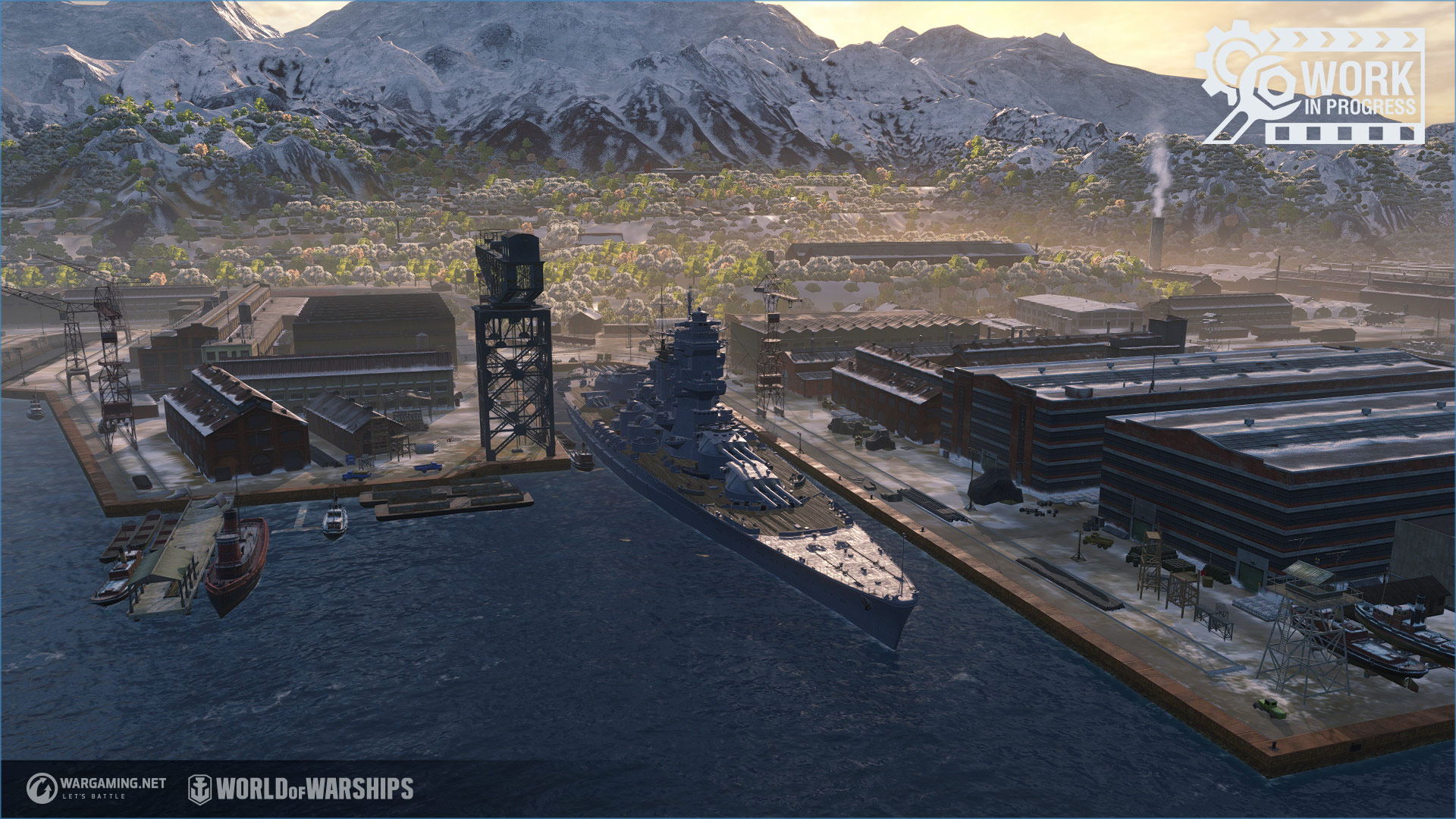 The rules of the event are largely similar to the previous dockyard, but this time the number of construction phases and the list of awards will change: 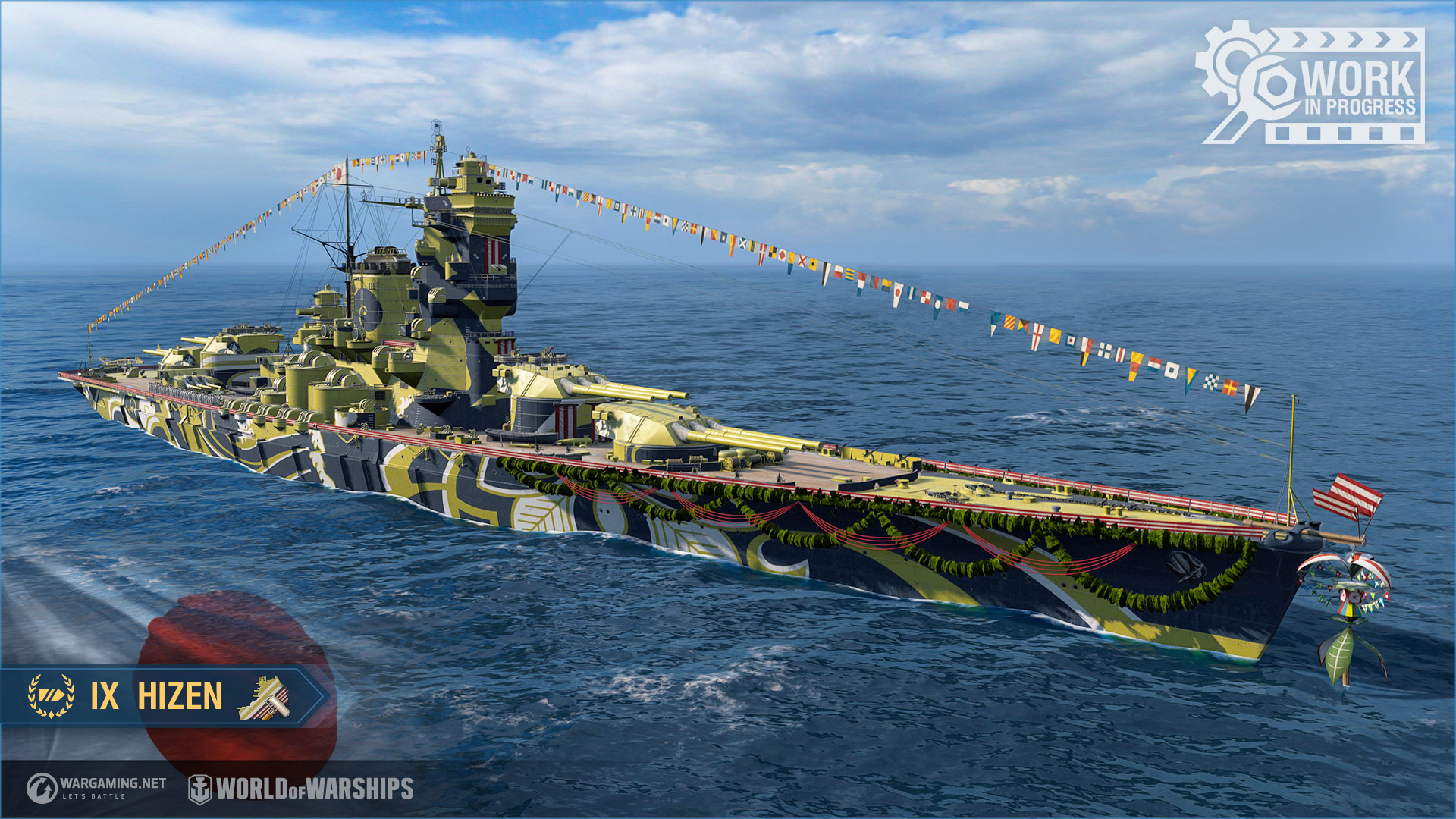 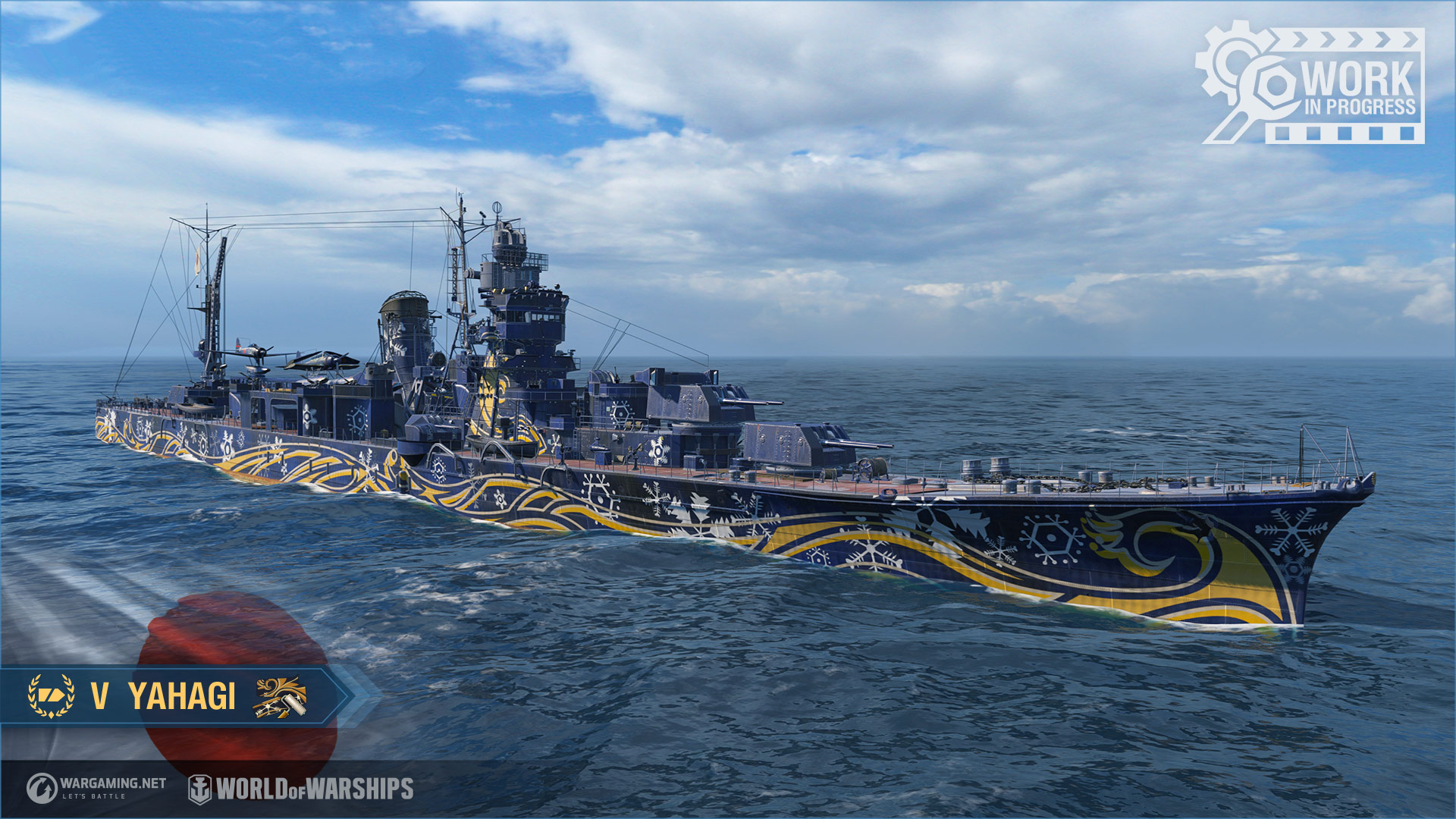 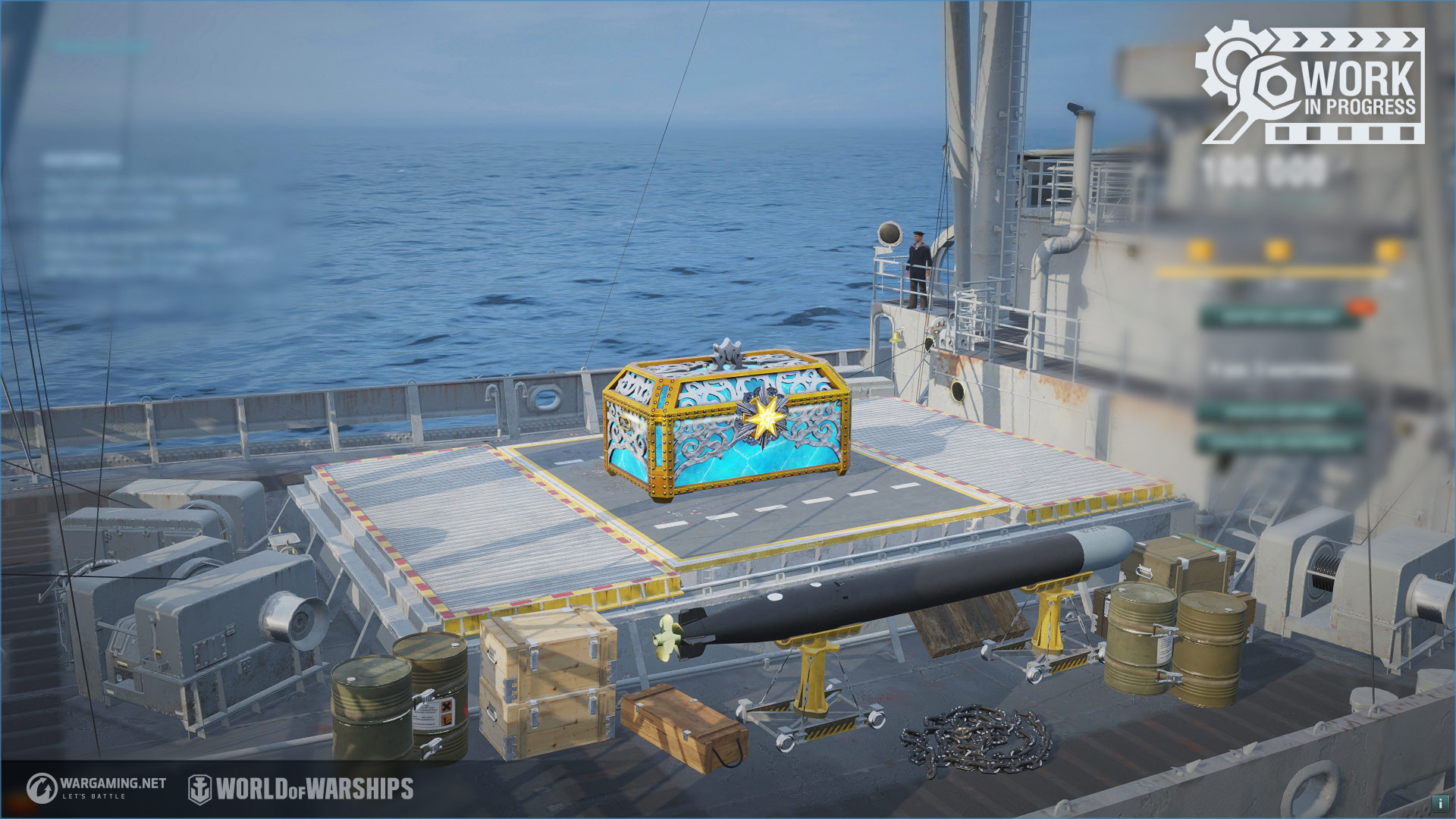 If you already have Tachibana in port, you will receive a compensation of 1,425,000 credits. Compensation for Yahagi will be 4,000 Doubloons.

If you decide to complete shipbuilding at the Dockyard by using Doubloons, you can still progress through the combat missions. However, in that case, instead of the usual rewards for completing the shipbuilding phases, you’ll get 400 Research Points and 200 units of Steel for each completed phase. If you had no access to the Research Bureau, you’ll get it upon receiving Research Points.