Hello, everyone. Welcome to a new historical article!

Before we start, I have to introduce myself since I am new at TAP, and this is my first post. My name is David (davidblader in WoT) and I will be posting articles on combat vehicles from the World War II era. I will start with the ”Romanian tanks (in detail)” series since I am Romanian, so I’ve studied about my country’s vehicles more than about any other ones. I plan to post about vehicles from other countries too in the future. Also, I know that many of the vehicles I will make articles about have already been described on TAP, but in my articles, I will try going into detail as much as I can, instead of only mentioning the most important things (I won’t cover vehicles which already have similar articles).

The TACAM R-2 (Tun Anticar pe Afet Mobil R-2) was one of the tank destroyers produced by the Kingdom of Romania during World War II. To describe it shortly, it was a combination of the Panzer 35(t)’s hull (called R-2 in Romanian service), the Soviet 76.2mm ZiS-3 gun and a 10-17mm thick cabin for protecting the crew. It was similar to the German Marder series.

Due to Romania’s tanks being outdated compared to new Soviet vehicles, such as the T-34 and the KV-1, the Romanian Army sought for new solutions of improving its anti-tank capabilities. One option was to buy more modern vehicles, such as the Panzer III, Panzer IV and StuG III G from the German allies, but due to the fact that Romania already had a considerable amount of (outdated) tanks, such as the R-2, the Renault R-35 and captured Soviet vehicles, it was decided that something needs to be done to them in order to extend their service.
This was when the idea came to turn available tanks into tank destroyers with more powerful guns.
One of the vehicles modified by the Romanians was the R-2 light tank. The new vehicle, which was to become the TACAM R-2, was designed around the middle of 1943, by lt. col. Ghiulai and his crew.
The turret of the R-2 light tank was removed, due to being too small for the new gun. At first, the Romanians had decided to use the Soviet 76.2mm F-22 gun (also used on the related TACAM T-60), which was used on the first prototype, but it was later decided to be changed for the superior 76.2mm ZiS-3 gun, which was used on the rest of the converted vehicles. All the vehicles were converted by the Leonida Works in Bucharest, the same factory that created the TACAM T-60.

Production of the vehicle began in July of 1943. The prototype was tested at the Sudiţi firing grounds. Advantages were, for example, the satisfying amount of interior space, but the vehicle also had a big disadvatage: its high profile, which made it difficult to properly disguise the vehicle on the battlefield. After trials, 20 examples were demanded, but the order was extended to 40 examples until the end of 1944.
In June of 1944, 20 examples had been built by Leonida. 7 of them got sent to the Dadilov firing grounds for testing, where it was found out how well the vehicles would do against a T-34.
On the 22nd of July, the decision was taken to stop modifying the other 20 R-2s, due to the ZiS-3 gun being outdated for the armor of the new Soviet IS-2 heavy tanks. That’s when proposals were made to give the TACAM R-2 a better gun. Suggested guns were the Romanian 75mm Reşiţa or a German 88mm Krupp gun. There was also a plan to convert them to flamethrower tanks. However, none of this ever became reality due to King Michael’s coup which had overthrown Ion Antonescu’s government and had defected Romania to the Allied side.

Ten vehicles were organized into the 63rd TACAM Company in July 1944 and assigned to the 1st Armored Training Division. They didn’t see combat until after Romania’s defection to the allies. A company of twelve was assigned to the Niculescu Detachment when it was rushed north at the beginning of September to defend the Transylvanian frontier against the Axis counterattack from Hungary. Four more were added when the Niculescu Detachment was absorbed into the ad hoc Armored Group on 29 September in preparation for attacks intended to clear Northern Transylvania. This was successful and the Armored Group was disbanded when the last Axis units were forced out from Romanian territory on 25 October 1944.

Twelve were assigned to the 2nd Armored Regiment when it was sent to the Czechoslovakian front in February 1945. The Soviets immediately seized most of the TACAM R-2s in exchange for a few captured German tanks, but two were reported as operational on 31 March and two were still on hand on 24 April. One of these was destroyed before 30 April and the other was damaged mopping up German units near Brno in May. None were reported with the remnants of the regiment when it returned to Bucharest on 14 May 1945.

One survives today in the Romanian National Military Museum in Bucharest.

In World of Tanks:

If the TACAM R-2 ever gets added to World of Tanks, here’s how I would personally implement it:
I would actually implement two different TACAM R-2 vehicles. The first version is a tier 4 standard tank destroyer (not tier 3 like I’ve seen in many other suggestions), and here’s why: The top gun on this vehicle would be the proposed Romanian 75mm Reşiţa, which is, at tier 4, a very powerful gun, due to its high penetration (as high as 170mm). But if you combine that with the numerous disadvantages of the TACAM R-2, namely the very high profile (2.32m), the very bad mobility (25-30km/h), its poor gun depression (5 degrees), the low camo value and its paper-thin armor, I think the gun is fine for the vehicle.
The stock gun would be the 76.2mm F-22 (used on the first prototype) and the second gun would be the ZiS-3, however, with increased penetration, due to it using Romanian Costinescu rounds (both AP and HE), which were superior to the Soviet ones. The third and best gun of the vehicle is, as mentioned before, the 75mm Reşiţa.

But, as I said, I would add two versions of the TACAM R-2, so here’s the second version: a tier 5 premium TD armed with the proposed German 88mm gun. Such a gun would be too OP for a tier 4 vehicle, so it being on a tier 5 premium seems OK. This vehicle might also have a different looking superstructure from the tier 4 one, due to the 88mm gun’s size. Nothing is known about this project apart from the fact that a version with this gun was suggested, so nothing is known about what the vehicle would have looked like.

Both of these vehicles would be glass cannons, so you would have to camp in the far back when playing them.

Romanian tech tree representation image made by me. More on this tech tree coming soon 😉 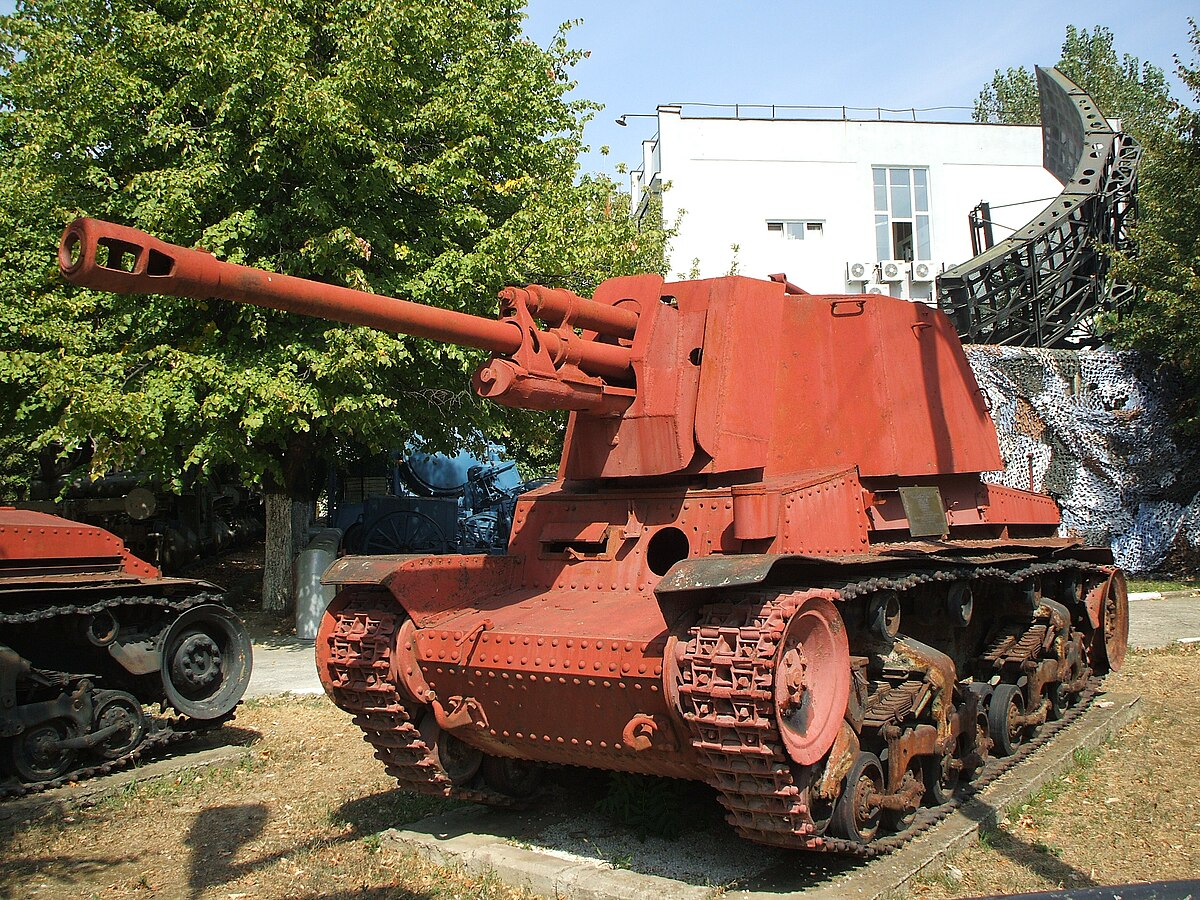 Articles above are made by Sebastianul, Doom Pyramid and SilentStalker.

So, this was it for now. Thank you for reading my first article!

I hope it was OK (at least for a first post). If you have ideas on how I could improve future articles, leave them down in the comments. Plans for future articles: