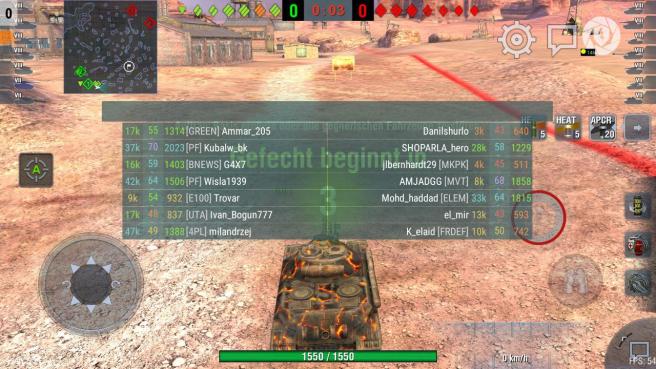 GCD (Grey Cat Developers) are currently developing a XVM-style mod for WoT Blitz. WG warned before that XVM won’t come to Blitz because of griefing and stat-focusing concerns that might happen among players. GCD develops a XVM-like mod for Android named BINT (Battle Integration). BINT will include XVM-like features and a separate group chat, with the ability to send voice messages in real time using push-to-talk. BINT will come next year for Android devices and will be a paid service.