These vehicles were designed by a French engineer known as Mr.Boirault. Mr.Boirault proposed the Boirault Machine (prototype 1) in December 1914, to help combat the ever growing nuisance of barbed wire and static warfare. His attempts developed into two of the strangest vehicle designs of World War One.

This vehicle was designed to be capable of crossing muddy trenches, and crushing the dreaded miles of barbed wire. It consisted of six metal frames sliding on a pyramidal structure. The driving compartment was situated in the middle, and was supported by large girders. This was also where the petrol engine was located, it helped propel the monster to a maximum of 3 kph. Propulsion was achieved by the motor turning chains and driving rods, which were connected to the metal girders. 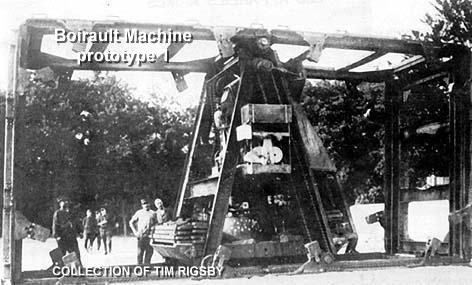 All in all, it was a very complicated vehicle. It was extremely ungainly, and very difficult to steer. There was no form of turning the beast, except by the use of lifting jacks. The crew would have to dismount, and use the jacks to help maneuver it into the direction they needed to go. The Boirault Machine was extensively tested in February 1915 and again in November 1915. Initially, the Boirault Machine did what it was designed to do, but due to it being extremely slow, and its vulnerable size, the project was dropped. 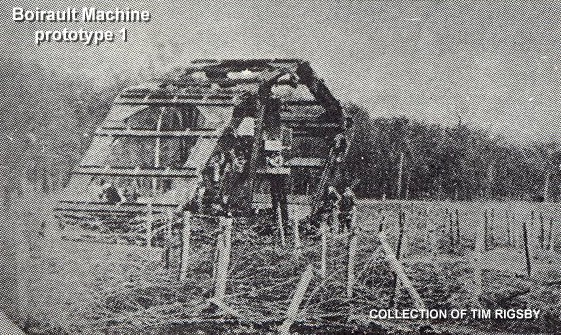 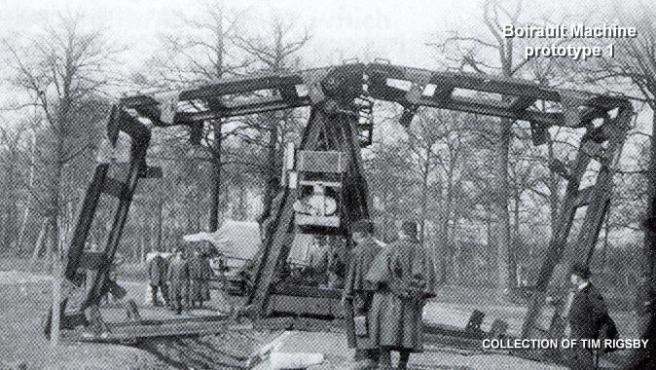 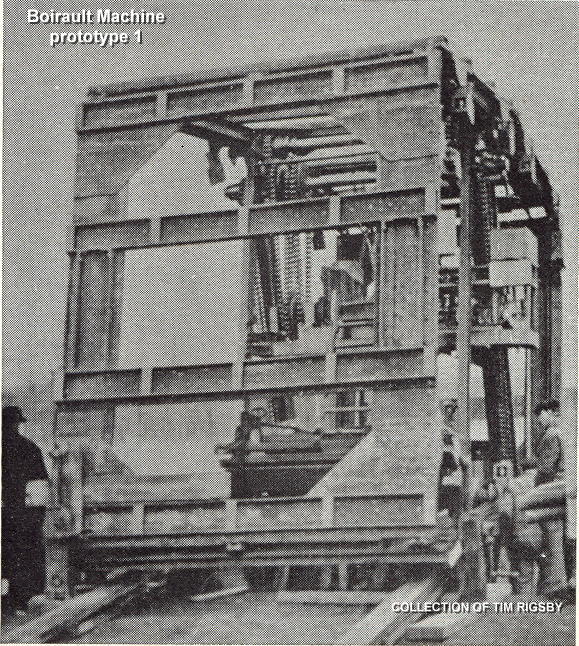 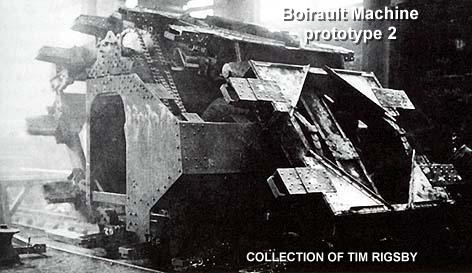 This vehicle was designed after the French Military Commission started actively searching for a tank design in late 1915. After the first project was dropped, Mr. Boirault designed a smaller and more compact version of the Boirault Machine. This vehicle was based on the Prototype 1, and was improved upon by armouring the driving, and motor department, and installing a simple form of a steering control. It still ran on six metal frames sliding on a core chassis. Speed was even slower than the first vehicle, with a top speed of 1kph. It could navigate through rough terrain, crush barbed wire, and pass across a 6ft wide trench. But due to its slow speed and 100m turning radius, the design was stopped in its tracks. There were plans to fit machine guns to the sides, where the doors were located, in the fashion of the rotating Schneider machine guns.