By SovietTenkDestroyer (teaser: he is working on an historical Romanian branch proposal with help from me at the moment 🙂 )
To start it off, I personally don’t find the Russian meds “overpowered”. I get that the T-62A and the Object 140 are stronger than the other tier 10 mediums, but I wouldn’t call them “overpowered”. Same with the T-54. Yes, it does have HEAT with 10,000,000 mm of penetration, but lets be honest… Which tier 9 medium doesn’t? I get it that you’re “forced” to fire HEAT because of the low penetration. I however, never used it and I will never use HEAT on my T-54. Anyways, the Russian mediums are a bit inaccurate. They’re too inaccurate. They just have modules that were never on those tanks and that were present on other variants. So let’s continue.
While I do sometimes call these reworks, “proposals”, they’re mostly thought experiments for me if such a thing took place. I don’t really expect to be listened to by WarGaming.
Disclaimer: These are just stats that I would think would happen if such a rework took place
Tier 7: T-34-100 or T-44 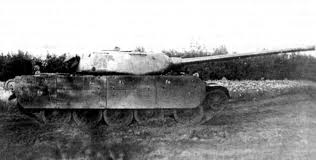 The T-44 seems more fit than the T-34-100. I understand that the T-34-100 was once in the game as part of the T-34-85, but it could actually be premium as tier 7 or tier 8 (Won’t perform as well). Plus, it is kind of boring to play the same tank three times. Anyways, I still have PTSD from playing the T-43 and my crew is still recovering from all the 1st degree burns that they have suffered through. Granted, I was sort of a noob when I played the tank, but I still hated it when I re-bought it. No armor, mediocre gun, tall, and drenched in gasoline. I would suggest to add two hull variants for the T-44. The T-44-100 with the D-10T and the regular T-44. “Isn’t the T-44-100 already in the game as a tier 8 premium?” Why yes it is, but this version will be equipped with the 100mm D-10T instead of the 100mm LB-1 as I said earlier. It will also gain some side skirts. Because of the armament and armor, it will have to have nerfed terrain resistances and nerfed gun performances. Pretty much a decently armored medium with a good gun. About the T-44 variants the regular T-44 will have the 85mm ZiS-S-53 and the 85mm D5T-85BM (Unhistorical, but for the sake of easier grinding). The T-44-100 variant will give you the option of getting the 100mm D-10T.

So I’m guessing that you’re wondering why the T-54 Light Weight is in this rework. This will cause a whole screwup in the Soviet light tank line, but I will solve this on later date. In 1949, the T-54 Light Weight was a plan to reduce the weight of the T-54 in order to have better passability on rugged and mountainous terrain. It was supposed to feature reduced armor which would lower the weight of the vehicle. This theoretically was supposed to be more mobile. However, the T-54 Model 1949 was already in service and it was no longer needed. This also happened to the Type 59 and the Type 62. The Type 62 is a lighter version of the Type 59. As some of you may know, this tank is almost superior in every way to the T-44. The T-54 Light Weight is the perfect “light” tank for clan wars and tournaments. Do I think the T-44 is terrible? Nah… It’s alright, but the T-54 Lt. has better firepower, mobility, speed, armor, etc. As it is now, the T-44 and the T-54 Light Weight are unhistorical. The T-44 has unhistorical engines and wrong guns on the wrong chassis while T-54 Light Weight has the unhistorical 700 hp engine. The T-54 Light Weight will feature nerfed mobility and some nerfed gun stats for the sake of balance. It’s not that much of a change from the T-44, but it’ll be slightly better in some areas and worse in other ones.

The current T-54 is cluster-fu**… It’s a mix of different vehicles in one. I don’t personally see the T-54 overpowered, but when it’s firing HEAT because of the low penetration, it is quite OP. So I’m proposing hull variants on this tank. The stock variant is the T-54 Model 1946, mid-variant is the T-54A, and the last variant is the T-55M(M1). This variant is not too old and not too new. It was a modernization that took place in the 70’s to aging T-54s and T-55As. It has a new “Volina” fire control system, a new V-55U engine, increased NBC protection, mine protection, “Tucha” smoke grenades, and the capabilities of firing 9K116-1 “Bastion” (Obviously not going into the game). While the T-55M was made in the 70’s keep in mind that both of these tanks don’t possess anything that you would call modern, its just the date. Both the T-54A and the T-55M has reduced armor, but the gun stats compensate for it. If it’s still not enough of a compensation, we could add the V-46-5M engine as an upgrade from the V-55U. It’s a derivative of the T-72 engine and it outputs 691 hp, not as much as the 700 hp from the current T-54 engine. So with all these modules and hull variants, it will get expensive and confusing if it were to enter right now. I suggest if they make the modules cheap or at least relatively the same price for multiple equipments or the same for a couple of equipments. The T-54 Model 1946 and the T-54A will be a option to get if you want to proceed to the T-62A and the T-55M will be an option. Overall, it will play closely as it is right now with better gun stats and reduced hull armor. WG has spoken about doing this with the T-54. On a Q&A, WarGaming wanted a more armored variant of the T-54 as stock and a faster, weaker armored variant as an upgrade. I’m just adding a step further. 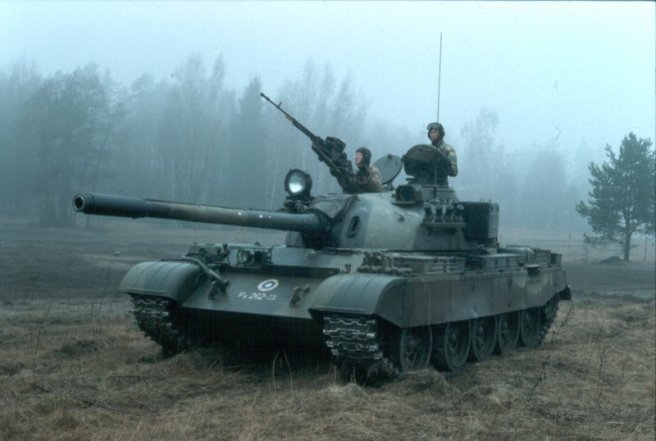