Skip to content
Another article from our friend, GrimmaceNA:
Greetings everyone,
Today I am showing you information on the Ning Hai cruiser. Ning Hai and her sister were both built with the help of the Japanese (hence a similar look and even same armament as Japan at the time) in the mid 1930’s. They in turn were promptly sunk by the Japanese in 1937. Raised and repaired by the Japanese and used for various reasons until Ning Hai was sunk by a U.S. submarine in 1944 and her sister ship sunk by US aircraft (1944).
Armed with 6 5.5 inch guns, with paired torpedoes each side, decent secondaries and AA armament. They were capable of about 24 knots.
I believe this ship would work at tier 4 in the Panasia tree. It would be similar to Yubari but with more armament & less maneuverable.
As a side note, in the picture you can see that it was reported these ships were recovered from the Japanese, but confirmation is lacking. The reason for this is because my source is an exact reprint of books from WWII. I had to use the interwebs to find their fate.
Book: Jane’s Fighting Ships of WWII. 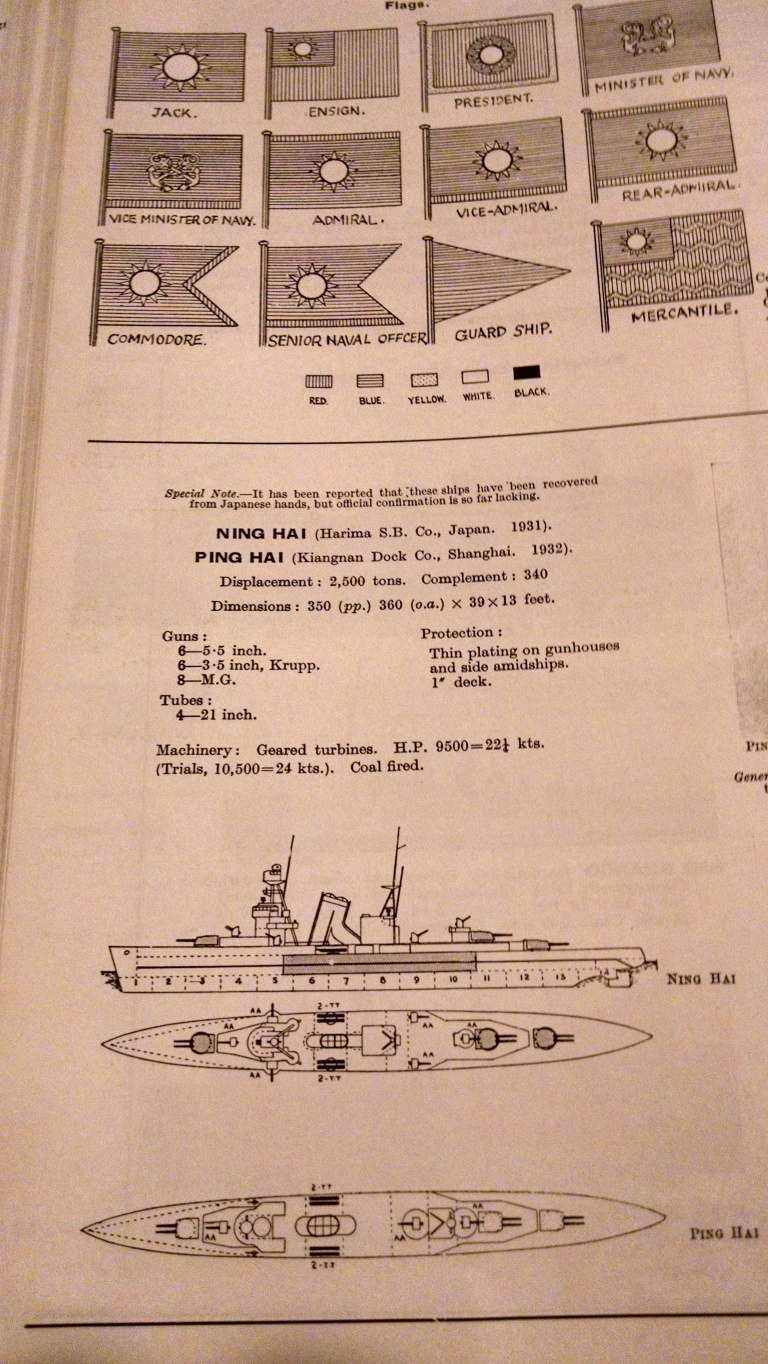