Few days ago, in the french WoT forum section, I was discussing with other players about the feasability of a second french heavy branch. And then, someone (Teckyota, well-known for his french tree project)came up with a very, very, interesting document. It comes from Sweden, 1951, and it’s a report, some kind of I.D. , about a french tank prototype we all know : AMX 50 100. Here it is.

As you can see, it includes every detail available, including a picture. But what is really, really surprising, is the table on the bottom right. It represents the armor values of each part of the tank. Here’s a translation (thx Google) :

Hmm. Have a close look.
…wait WHAT ? STRONK TURRET ARMOR
“vaulted” means that this part of the tank is either curved or has no “constant” slope value, being an oscillating turret. So what we have is, basically, a 200mm thick metal plate, to which should be added some 45-50 degrees of angle. Wow. Not bad for a paper tank.
I insist on the fact that this is the ONLY document we have mentioning 50 100’s turret armor. This is the only info available.

Starting from there, we can deduct that AMX 50B and AMX 50 120 might have AT LEAST the same turret armor, being more recent than the 50 100, and having a bigger gun. But that’s just speculation.

Oh, about 50 120. This tank the way it is in WoT is some kind of weird Frankenstein-fake tank.
This is how it looks in the game :

The IG turret is correct. But the hull doesn’t correspond.
The hull was made up with two other french prototypes.
The AMX 65t : 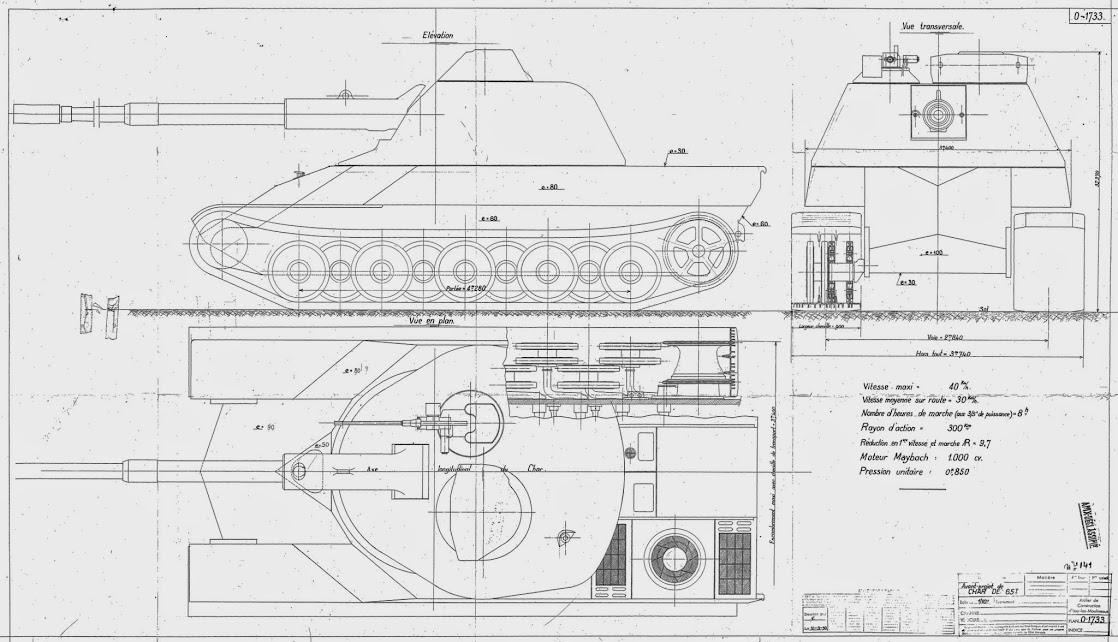 From it comes the hull, with its nose, engine and suspension (with little wheels added on the top). Except for the flanks, who are not sloped IG. The flanks were taken from the AMX70t :

Also while we’re at it, there’s an issue on the HD model of the ARL44: its mantlet is too small, as you can see on this gif :