It seems _mike10d is working overtime… Just like Gaijoob devs sneaking in changes. 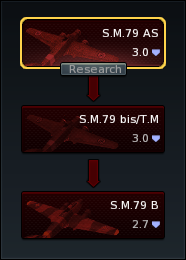 These planes were unlocked for research for non CBT players.

It is unlikely that any of these have been implemented as today’s update was a silent update and I do not think they can update the sound files themselves, however they will probably be implemented in the next normal update.

In the last unofficial patch notes I said a mass was added to the April Fools event T-90a’s atgm. This was done to both of the MGM-51b Shillelagh launching tanks. It appears to just be a change that does nothing. All rockets already had a mass, and it was the same, there is just another spot where that data is stored now. I guess it could just means there is some small change to how ATGMs work internals and it just calls for the mass in a different spot now with no gameplay change and they were testing it on the april fools tank.

Each team has a task to capture a neutral banner in the centre of the map and bring it to a special designated point in enemy territory. Where you should carry a captured banner to behind the enemy lines.