Skip to content
Greetings everyone.
This is the an alternate design to the already posted ‘N3’ battleship for tier ten of the British battleships.
This design is called the ‘L3’. It has same 9-18 inch guns as the ‘N3’, but laid out in a more familiar pattern.  Another difference I could see is that the armor protection would be better on the ‘N3’ since its armament is concentrated.
Picture: Jane’s Battleships of the 20th century.
GrimmaceNA 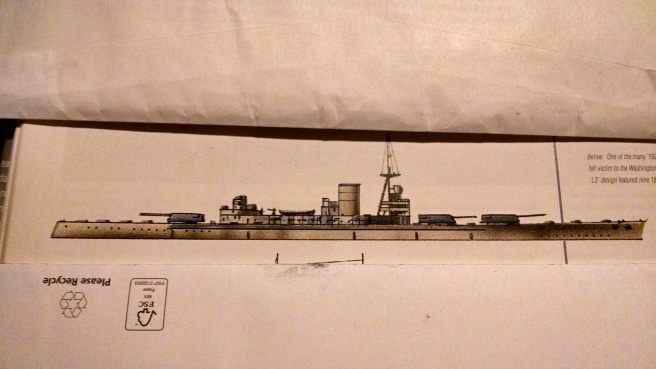